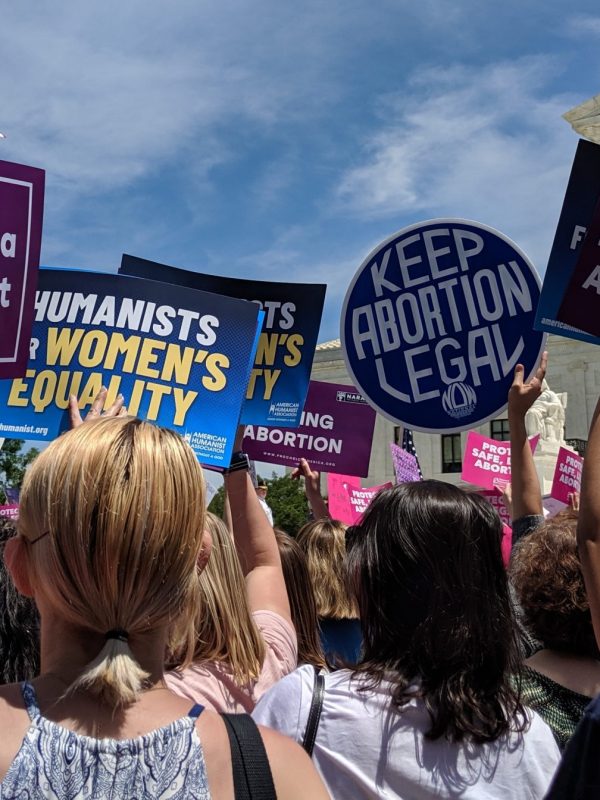 On January 22, 1973, 47 years ago, the United States Supreme Court issued the landmark decision Roe v. Wade, making clear that the U.S. Constitution protects a woman’s right to decide whether to have an abortion. In the years since, anti-abortion lawmakers and activists have fought to gut the scope of its protections by passing laws that severely limit access to and stigmatize those who exercise this critical right. Since 2011 alone, they’ve pushed through nearly 450 state abortion restrictions. And, now, the Supreme Court is poised to hear a case – June Medical v. Gee – that not only threatens critical rights but raises questions about the legitimacy of the Supreme Court itself.

Since 1973, the Supreme Court has reaffirmed its holding in Roe and struck down state laws that encroach on the right to decide whether to have an abortion. However, the election of President Trump in November 2016 empowered those leading the assault on reproductive freedom to double down on their attacks, pass new restrictions, and increasingly turn to the courts to support their objectives. During his campaign, Trump repeatedly pledged that his judicial nominees would “automatically” overturn Roe v. Wade. And, since taking office, he has kept that promise. His selections for lifetime appointments to the federal bench have made clear their commitment to rolling back reproductive rights for generations to come, and some have already put their positions into practice in ruling from the bench.

Sarah Pitlyk, for example, who was recently confirmed to the Eastern District of Missouri, has devoted nearly her entire career to fighting women’s reproductive freedom. She was confirmed despite criticizing “gross defects in the Supreme Court’s thoroughly activist abortion jurisprudence,” supported Trump’s Title IX gag rule, and defended Iowa’s unconstitutional “Heartbeat Bill,” which would have banned abortion once a fetal heartbeat is detected, before most women even know they are pregnant. Cory Wilson, who is currently awaiting confirmation to the Southern District of Mississippi, bemoaned that “[f]orty years on, we still live under Roe v. Wade, the result of a liberal activist court.” He “support[s] the complete and immediate reversal of the Roe v. Wade and Doe v. Bolton decisions.” In addition, multiple Trump judges have argued that Roe equivalent to the denial of rights to African Americans and other minority groups

Today, the fate of this crucial constitutional protection has never felt more uncertain. On March 4, the Supreme Court will hear oral arguments in June Medical v. Gee, a case that will decide the constitutionality of a Louisiana law requiring doctors who perform abortions to have admitting privileges at a state-authorized hospital within 30 miles of the abortion clinic.

The law itself serves no medical purpose and is just another effort by state lawmakers to legislate abortion out of existence without directly overturning Roe. Moreover, the law is identical to a Texas law that was struck down by the Supreme Court in 2016 in Whole Woman’s Health v. Hellerstedt. The Court held the law unconstitutional because it shut down clinics and did not benefit patients’ health or safety.

Since this decision, Justice Kennedy – who joined the Court majority in Whole Woman’s Health – has been replaced by Trump nominee Brett Kavanaugh, who is considered a reliable vote against abortion rights. That is why over 200 members of Congress signed an amicus brief not only supporting Louisiana’s law, but asking the Supreme Court “to again take up the issue of whether Roe and Casey should be reconsidered and, if appropriate, overruled.” These members of Congress have never in the past so blatantly called on the Court to overturn Roe, and it speaks to their own perception that the Court is now properly rigged to do so thanks to the confirmation of Justices Kavanaugh and Neil Gorsuch. Even if the Court does not explicitly overturn Roe, but upholds Louisiana’s law, it will send a signal to anti-choice lawmakers across the country that Roe no longer protects an individual’s right to an abortion in any meaningful way. This will pave the way for a wave of restrictive state laws that could effectively end reproductive freedom.

Finally, the Court’s very legitimacy is at stake. Whole Women’s Health, the case that invalidated an identical law, was decided just three years ago. If a precedent can be so quickly reversed and discarded, what does it say about our system of law? Are the Constitution and our rights so malleable that the American people cannot rely, just three years later, on decisions by the highest court in the land?

Indeed, as Chief Justice Roberts has said, “The importance of settled expectations in the application of stare decisis is a very important consideration.” Roberts voted with the dissent to uphold the law in Whole Women’s Health but, given his admonishments that the justices are apolitical, is now seen as the potential swing vote in June Medical. Should he vote with the other Republican-appointed justices, however, Roberts will help further erode the public’s trust in our judiciary and the court’s independence from political interference.

On this forty-seventh anniversary of Roe v. Wade, AFJ reasserts its commitment to continuing the fight to protect the constitutional right to abortion. We urge supporters to join us in standing up for this right and fighting for fair courts in 2020.