On Monday, November 1, 2021, the Supreme Court heard oral arguments in two cases challenging Texas’s anti-abortion law, SB 8: (1) Whole Woman’s Health v. Jackson, a case brought by abortion providers, and (2) United States v. Texas, a lawsuit brought by the Biden administration’s Department of Justice. This was the second time that the extreme Texas law — which bans abortion after six weeks of pregnancy and outsources enforcement entirely to private citizens — came before the Court.

In a “shadow docket” ruling two months ago, the Court voted 5-4 to allow the law to go into effect, over dissents by the three liberal justices and Chief Justice John Roberts. With an unsigned, one-paragraph order issued in the dead of night, the Court essentially swept aside the fifty-year precedent of Roe v. Wade, citing “complex and novel” procedural questions. SB 8 has now been in effect in Texas for two months, with the exception of a handful of days when it was blocked by a lower federal court. The practical impact has been devastating: SB 8 has gutted access to abortion care in Texas. During the first 30 days that the law was in effect, a University of Texas study found that abortions in the state decreased by 50%.

The Supreme Court’s failure to stop what Justice Sotomayor called a “flagrantly unconstitutional law” signals that the Court’s conservative majority is putting ideological preferences over people’s constitutional right to abortion, with devastating consequences to millions of Texans. This is dangerous not just for the future of reproductive rights, but for all constitutional rights. 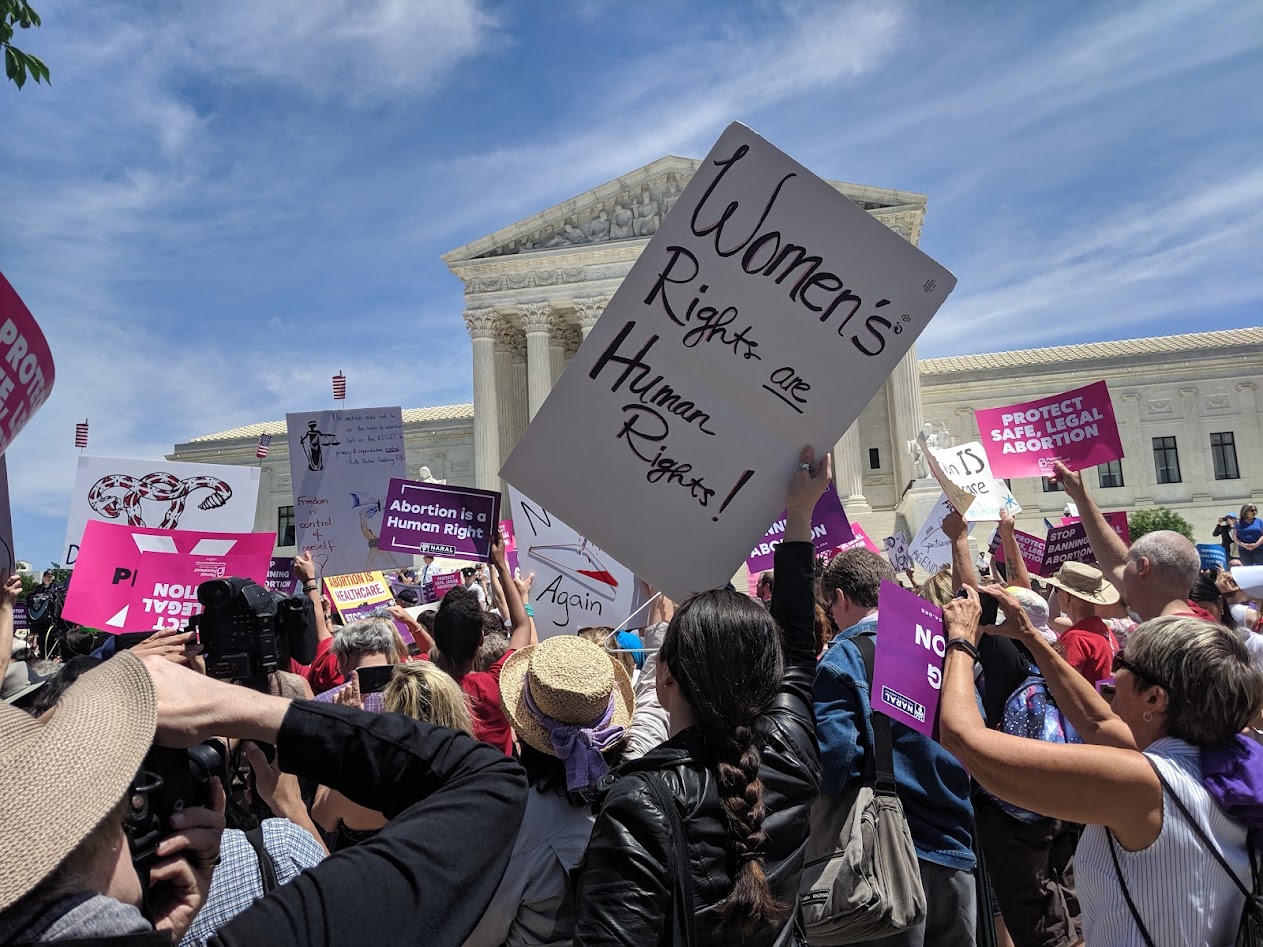 SB 8 was drafted for the very purpose of evading federal law and judicial review. The law deputizes private citizens, not state officials, to sue abortion providers or anyone who “aids or abets” someone in obtaining an abortion after six weeks. By outsourcing enforcement to the population at large, Texas intended to shield the law from challenges in federal courts and stymie attempts by abortion providers to sue the state and block implementation. Even if SB 8 is temporarily suspended, it allows people to sue those who aided abortions during the suspension period if the law is later restored. As Solicitor General Elizabeth Prelogar noted during oral arguments, “In the history of the United States, no state has done what Texas has done here.”

During the three hours of oral arguments, the word “abortion” was rarely mentioned. Instead, the arguments focused on intricate procedural questions about who can sue whom, where, and when. At this point, the justices are not directly considering the constitutionality of SB 8 or abortion rights more broadly; they are merely considering whether litigation in the lower courts can proceed. As a result, the justices largely glossed over the immediate, day-to-day impact of SB 8 on Texans: the law has had a “chilling effect” on abortion providers and prevents people from even arguing their constitutional rights in court.

Even if the Court rules against Texas, there is no guarantee that such a decision will do much to help abortion providers in the state. There will likely still need to be more litigation in a federal trial court before SB 8 is actually determined to be unconstitutional and can be blocked by a court order. And more unsettling, Dobbs v. Jackson Women’s Health Organization, a challenge to Mississippi’s 15-week abortion ban which is set to be argued on December 1st, is a direct attack on the constitutional right to abortion. If the Court rules the way it’s expected to in Dobbs, a victory in the Texas abortion cases would be extremely short-lived.

Chief among the Supreme Court’s duties is the duty to protect our constitutional rights. SB 8 blatantly violates the constitutional right to abortion, which was established in Roe v. Wade and affirmed in Planned Parenthood v. Casey. Allowing the Texas law to stay in effect would undermine the Court’s legitimacy by giving states a blueprint for writing laws that violate Court precedent and circumvent judicial review.

It is worth noting that conservatives have long insisted that they believe in “judicial restraint” and have criticized liberals for supporting “activist judges.” However, the Texas abortion cases demonstrate conservatives’ willingness to engage in judicial activism by sweeping aside longstanding precedents to get their preferred policy outcomes. Such reckless behavior puts not only abortion rights, but all of the rights we have fought hard to gain at grave risk.