A Return to Separate but Equal? Why Who Occupies the Bench Matters 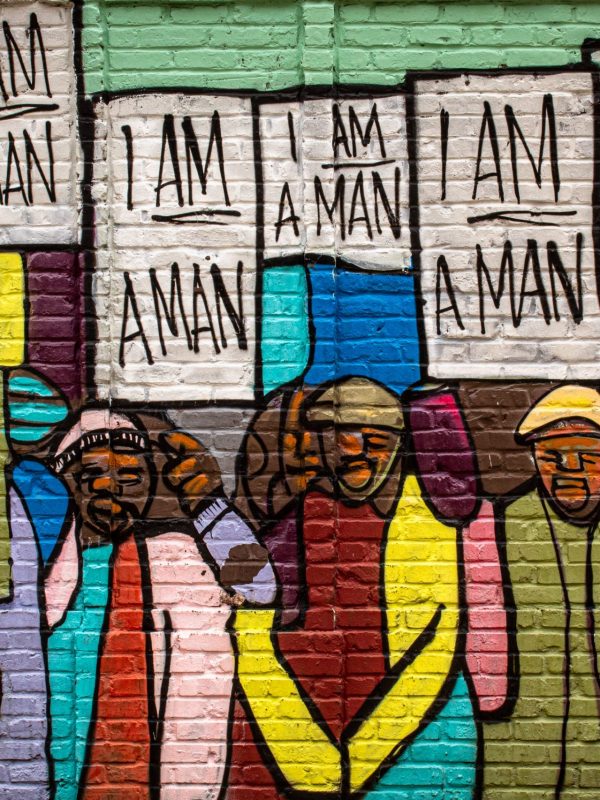 In observance of Black History Month, AFJ pays homage to civil rights leaders such as Dr. Martin Luther King Jr., Rosa Parks, Congressman John Lewis, Fannie Lou Hamer, Bayard Rustin, Ella Baker, and many other heroes, many unknown, who contributed to the civil rights movement. These individuals were exemplary role models for a justice system that serves all people equally and fairly. The protections that civil rights leaders fought so desperately hard to attain continue to come under assault through sustained legal challenges. Thus, it is critically important to have fair-minded individuals serve as judges, much like the justices who contributed to the landmark Brown v. Board decision, who are committed to advancing constitutional rights and legal protections for all people. Sadly, President Trump’s judicial nominees have records attacking our rights, and are already implementing their agenda from the bench.

Civil rights leaders and generations of advocates dedicated, and many sacrificed, their lives to fight for progress.

Civil rights leaders and generations of advocates dedicated, and many sacrificed, their lives to fight for progress.

Dr. King, along with other prominent civil rights activists, led non-violent boycotts in a successful effort to desegregate businesses throughout the Jim Crow South.

Fannie Lou Hamer received death threats and overt racial attacks from the Ku Klux Klan for registering African American voters in Mississippi.  She dedicated her life toward empowering minorities and women to be fully engaged in the political process.

Because of their courage, relentless pursuit of justice, and the undeniable public outcry, Congress ultimately acted, passing monumental legislation such as the Civil Rights Act of 1964, the Voting Rights Act of 1965, and the Fair Housing Act of 1968.

In addition to taking to the streets to demand equality, the battle for equality took place in our federal court system. Plessy v. Ferguson which held that racial segregation in public facilities was lawful, served as a precursor for why civil rights activists such as Dr. King fought so hard against racial oppression.  This decision tormented the hearts and minds of African Americans yearning to be treated equally under the law.

But the courts proved a force for equality when the Legal Defense Fund, led by Thurgood Marshall, sought to overturn Plessy v. Ferguson.  And, in Brown v. Board he successfully persuaded a unanimous Supreme Court to hold that “separate but equal” facilities were inherently unequal for racial minorities receiving a public education.

Chief Justice Earl Warren wrote the majority opinion and recognized the importance of having integrated schools.  The Court emphasized the negative implications African American students would experience if segregation persisted.  He wrote, “To separate them from others of similar age and qualifications solely because of their race generates a feeling of inferiority as to their status in the community that may affect their hearts and minds in a way unlikely ever to be undone.”

Yet, our current federal court system has, too often, taken steps backward in the fight for racial justice and civil rights protections. Trump’s ultraconservative judges have already eviscerated decades long advancements in fair housing rights, voting rights, and civil rights.  Trump has made a concerted effort to reverse progress for African Americans, particularly in the South, which was the heart of the civil rights movement. His judges will negatively impact persons of color for years to come.

Our current federal court system has, too often, taken steps backward in the fight for racial justice and civil rights protections.

For example, Fifth Circuit Trump judge Kurt Engelhardt cast the deciding vote in undermining the ability to challenge housing policies or practices that have a disparate impact on racial and other minorities.  Reagan appointee Eugene Davis wrote in his dissent that Engelhardt’s opinion creates new requirements for victims of discriminatory housing that are “simply not found in any controlling precedent.”

The Republican Senate recently confirmed Andrew Brasher to the Eleventh Circuit. He defended unconstitutional racial gerrymanders in Alabama and Virginia and fought to persuade the Supreme Court in Shelby County v. Holder to gut the Voting Rights Act.  He is a strong supporter of voter ID laws and purges from voter rolls, both practices which have resulted in scores of voters losing their right to vote and disproportionately impacting communities of color.  As Alabama NAACP President Bernard Simelton said, “The Brasher nomination is an insult to Selma, its heroes, and everything they stand for.”

Brasher joins another Trump-appointed judge on the Eleventh Circuit — Elizabeth Branch — who recently argued that, contrary to decades of precedent, private parties could not sue to enforce Section 2 of the Voting Rights Act, which prohibits states from imposing election practices that result in racial discrimination.

In addition to equality in housing and voting, many of Trump’s judicial nominees have fought against equal education.

In addition to equality in housing and voting, many of Trump’s judicial nominees have fought against equal education.  Many have refused to unequivocally state that Brown v. Board was correctly decided.  Mark Norris, who is now sitting on the U.S. District Court for the Western District of Tennessee, authored a bill when he served as a state senator that made it permissible for wealthier white communities to form their own school district rather than attend schools with children from Memphis, which is 85% black.  And, Chad Readler, now a judge on the Sixth Circuit, led an effort in Ohio to eliminate from the state constitution a provision guaranteeing a right to public education.

Another unsettling example is Trump’s nomination of Steven Menashi to fill Justice Thurgood Marshall’s seat on the Second Circuit Court of Appeals. Menashi, who defended a fraternity that threw a “ghetto party,” was a senior advisor to Betsy DeVos when the Department of Education undermined enforcement of civil rights laws, and fought equal access to quality education for students.

Justice Marshall would forever change the future of America when he successfully argued in Brown v. Board that public school environments should no longer be segregated.  Sadly, his circuit court seat is now filled with a person who believes that diverse “heterogenous societies exhibit less political and civic engagement, less effective government institutions, and fewer public goods.”

One of Justice Marshall’s most powerful opinions came in the form of a dissent.  In Milliken v. Bradley, the Supreme Court ruled planned desegregation busing was not an adequate legal remedy for black children seeking to integrate across public school district lines.  In Justice Marshall’s dissent he said, “Our nation, I fear, will be ill served by the Court’s refusal to remedy separate and unequal education, for unless our children begin to learn together, there is little hope that our people will ever learn to live together.”

Despite our despair at the assault on our rights by Trump’s judicial nominees, we fight for and plan for a better future.

The fight for equal justice under law goes on.  Despite our despair at the assault on our rights by Trump’s judicial nominees, we fight for and plan for a better future.  That is why AFJ has prioritized reversing the damage President Trump and Republicans have inflicted on our justice system and why it is so critical that the next president prioritizes nominating federal judges with a demonstrated commitment to constitutional rights and legal protections.  AFJ, through our Building the Bench program, is committed to ensuring senators and the next president are aware of a broad pool of amazing lawyers for the federal courts who represent the diversity of our country, including remarkable African American attorneys on the front lines in the fight for justice, so that all people can truly receive equal justice under the law.