Alliance for Justice Statement on Policing and Racial Injustice 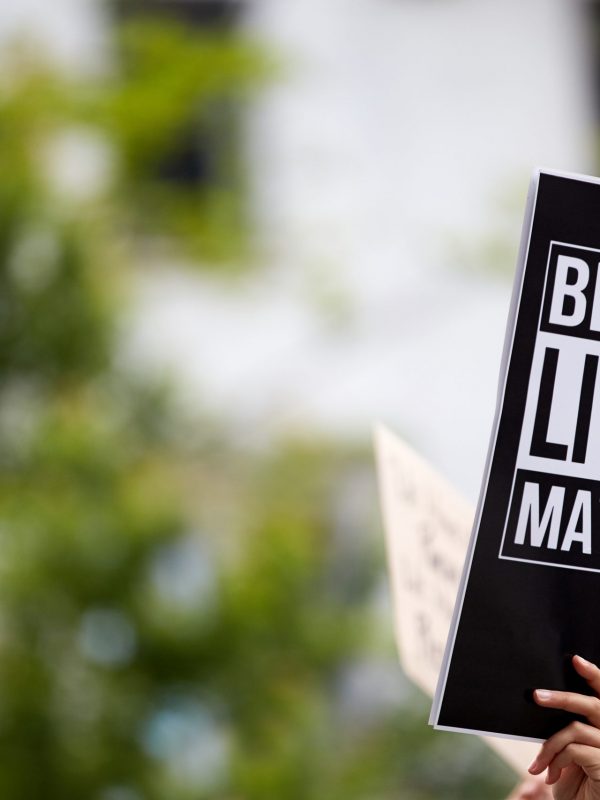 Alliance for Justice (AFJ) joins people and communities across the country and throughout the world in our outrage against and condemnation of the senseless murder of George Floyd by Minneapolis police.  We mourn his death, the recent deaths of Breonna Taylor, Tony McDade, Ahmaud Arbery, and Rayshard Brooks, and the deaths of other individuals going back decades, including those known only to their families, friends, and communities. These tragic deaths once again reinforce the urgency of the fight against systemic racism and the longstanding oppression of Black people in the United States. A mass movement demanding the recognition that Black lives matter has made clear that change is imperative, and that the institutional racism embedded in our justice system will no longer be tolerated.

AFJ recognizes that mourning is not enough.  All people must stand against racism in all of its manifestations, including discriminatory policing that devalues Black lives and undermines the strength of our democracy. Alliance for Justice joins the voices of Black people and all people of color in our communities, who have for years borne the inequity in our society and fought for equal justice under law, in demanding concrete action.

At the same time, Alliance for Justice, and most notably our Bolder Advocacy team, pledges to deepen our work with nonprofits and service organizations serving those communities impacted by the justice system to advocate for urgently and long-needed structural changes, to ensure that organizations know when and how they can register voters, educate candidates and the public, support measures, and advocate around key issues.

Alliance for Justice is unwavering in our commitment to fight for a justice system that is truly committed to “Equal Justice Under the Law.” We will continue to advocate against confirmation of federal judges who demonstrate contempt for civil rights and critical legal protections.  We will also work to ensure the next president nominates judges who are fair-minded and unbiased, who are committed to the principle of equal justice under the law, and whose backgrounds speak to the full breadth of the American experience.

AFJ is honored to stand with our members, allies, and partners in holding policymakers and ourselves accountable. We are humbled by the organizing and activism of nonprofits, unions, and people around the country who have never before joined a protest or rally but have taken to the streets to make their voices heard. And we are hopeful that with all the various voices urging change, our country moves beyond “thoughts and prayers” to concerted and lasting action.