It’s About the Wedding Cake. If by “Wedding Cake” You Mean “Nationwide Anti-LGBT Discrimination.” 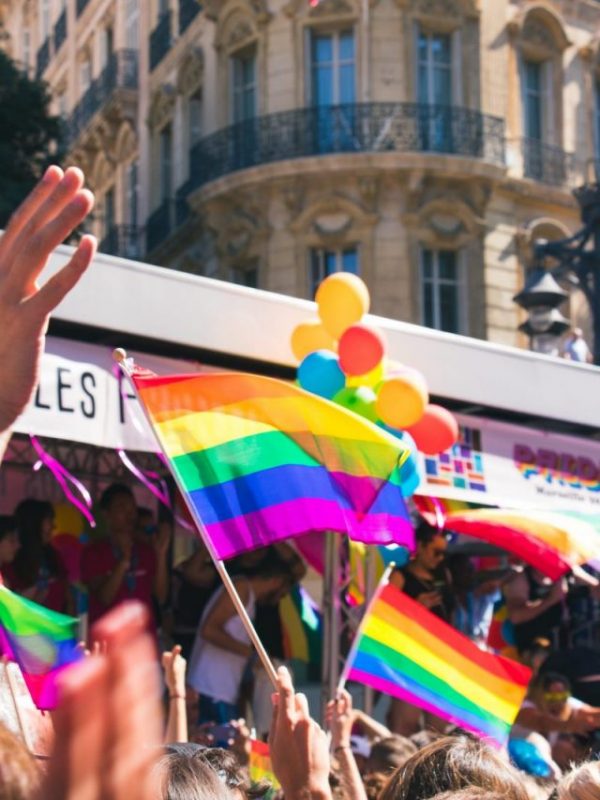 Last Tuesday, the Supreme Court heard a case about whether a Colorado bakery can refuse to sell to same-sex couples because the baker has religious objections to their marriages and he considers his cakes to be works of art. While inside the Justices heard arguments, the steps outside the Court hosted a rally and protesters, a lively media scrum and gawking passersby — as is common these days.

So, why such a fuss about cake?

Because Masterpiece Cakeshop v. Colorado Civil Rights Commission isn’t really about cakes and weddings at all. It’s about whether the Court will go out of its way to change the law and let businesses discriminate against customers based on an owner’s religious beliefs, free speech rights or both.

These are old arguments. They’ve been tried against most equality movements in this country — especially to defend race, sex and marital status discrimination — with the courts always concluding that the answer must be “no.”

If there is a different answer now, it’s likely to give a bright green light to those wanting to refuse service to lesbian, gay, bisexual and transgender (LGBT) people, which would be a massive step backwards for civil rights in this country.

Here’s the problem: hostility toward LGBT people is already pervasive in the United States.

And too often, that hostility ripens into cutting discrimination. At Lambda Legal, we know this from the thousands of requests to our Legal Help Desk annually. Callers report shunning and refusals of service by businesses large and small, North and South, usually without warning. These refusals block opportunity, impose financial costs and make crystal clear to those denied: “your kind is not welcome here.”

But, because much of the public is fortunate enough to never experience treatment like this, a lot of people seem to think that it isn’t such a big deal. That’s why Lambda Legal drew from our litigation docket, Help Desk records and reports gathered by our co-counsel at Family Equality Council and colleagues at PFLAG, to bring dozens of examples directly into the justices’ chambers via our friend-of-the-court brief.

So, what does this actually look like, if it’s not just about cake?

It looks like being denied routine medical care. Our client Lupita Benitez was a lesbian whose San Diego doctors refused her a routine infertility procedure after a year of preparation due to their Christian fundamentalist beliefs.

It looks like being rejected by health care professionals. A Nashville lesbian couple were refused service by a local midwife, and then by every other midwife in town. Then, a childbirth class trainer told them that “the other couples in the class wouldn’t feel comfortable with a lesbian couple in the group.”

It looks like having your husband’s body turned away from the only funeral home for miles. Our 82-year old client in Picayune, Mississippi had pre-arranged funeral services for his husband of 40 years, who was failing. But when the time came, at the moment of his greatest grief, the funeral home staff refused to care for his husband’s body, saying, “This goes against everything I believe in. I’m a Christian.”

But of course, that’s not all.

There are the patients subjected to proselytizing by hospital staff. There’s the refusal by a pediatric dentist to care for a bleeding two-year old until the little girl’s birth mother joined the other mother, bringing the child’s birth certificate.

There’s the lesbian couple who were refused lodging by a Hawaii B&B because the owner “felt uncomfortable having lesbians in her house” and, for religious reasons, considers homosexuality “detestable” and believes it “defiles our land.”

There’s the Black gay journalist checking into a Chicago hotel who “heard an older African American male employee saying ‘fag,’ ‘fucking homo,’ and ‘he needs to find another hotel because he ain’t staying here’ to his co-worker.” (“Never have I felt so powerless and vulnerable. … I shall never forget his face and the sea of laughter from his audience,” he said.)

Then there’s the Missouri CPA who refused to file a married gay couple’s tax return, saying “We are a Christian organization.” The California barber who, for religious reasons, refused to cut the hair of an Army veteran. And the Illinois post office clerk who refused to change the name on a P.O. box for a transgender man, laughing at him and citing her Catholic beliefs.

Sometimes the refusals are not just humiliating, but frightening.

Such as denials of emergency roadside service, harassment by service technicians in one’s home, and taxi drivers who eject gay couples at night in dangerous areas.

Justice Sotomayor referenced that last example and others during the argument last week. We hope that Justice Kennedy, in particular, was listening, as court-watchers agree that his role is likely to be pivotal.

Justice Kennedy recognizes that laws denying equal status to same-sex couples inflict real harms. However, he also strongly values expansive religious and free speech rights. During the argument, he appeared torn, seeming to wish everyone could just get along.

So, when we say that the dispute isn’t really about bakers and cakes at all, we mean it.

The Washington Supreme Court recognized as much earlier this year in Arlene’s Flowers v. Ingersoll, when it noted, unanimously, that that case was no more about wedding flowers than racial desegregation cases were about sandwiches. (The same lawyers represent the florist and the baker, and are asking the Supreme Court to review the flowers case, too.)

These cases are about whether people who oppose marriage equality must treat same-sex couples and their families as equals. And as Justice Sotomayor and others explored during the hearing, there’s no principled way to distinguish between beautiful cakes and other fancy food, or between flowers and dresses and makeup, or between weddings, anniversaries and kids’ birthday parties.

If religious freedom or free expression means businesses can ignore civil rights laws, just imagine what can happen to the already-harsh landscape for LGBT people, religious minorities and anyone else at the wrong end of others’ hostility.

In Hobby Lobby, Justice Kennedy agreed to expand employers’ religious rights, but with the caveat that employees must not be harmed. What will he do this time? We’ll know by the end of June, if not before.

And as we wait, at least we know we’ve helped ensure his eyes are open and he has some idea how many more people will be hurt if he gives businesses a new license to discriminate.