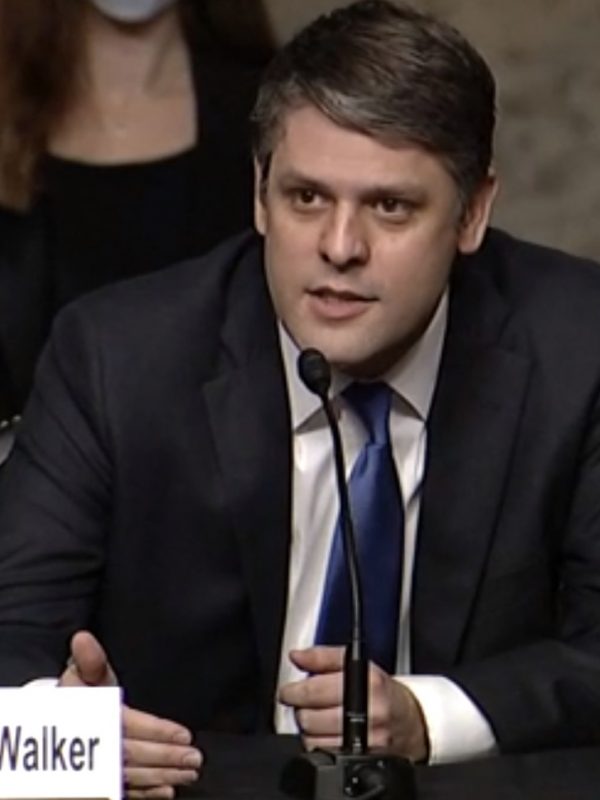 The D.C. Circuit has a “special responsibility to review legal challenges to the conduct of the national government.” John Roberts in a 2005 lecture titled “What Makes the D.C. Circuit Different.”

The D.C. Circuit is considered the second most powerful court in the country. Despite its name, its decisions reach far beyond the District of Columbia, impacting every single American in every corner of the country. It is the federal appeals court that most closely oversees agency actions on topics like worker rights, the environment, consumer protections, and other vital issues. It also often has the final say on the scope of presidential power and the rule of law.

President Trump’s nomination of Justin Walker to this powerful court should concern all of us.

Walker’s Confirmation Will Threaten the Health of Millions of Americans

The D.C. Circuit has heard cases that, if successful, would have invalidated the Affordable Care Act and taken health care away from millions. The court also hears cases that directly impact the health of the American people. For example, the court dismissed challenges to the FDA’s ability to protect our children from tobacco products.  The court also struck down the Trump Administration’s efforts to make it harder for eligible Americans to qualify for Medicaid. Justin Walker wants courts to invalidate the ACA and believes it should be harder for agencies to protect our health.

Walker’s Confirmation Will Threaten the Well-being of Workers

The D.C. Circuit hears more cases related to workers’ rights, safety, and the ability to organize to fight for fair and safe workplaces than any other court in the country. It reviews decisions of the National Labor Relations Board and challenges to health and safety protections adopted by other key government agencies. For example, the D.C. Circuit upheld OSHA rules that will reduce workers’ exposure to cancer-causing silica and prevent thousands of cases of silicosis. The court also upheld the NLRB’s joint-employer standard ensuring that workers could bargain with employers that have indirect control over their wages and working conditions. Walker has expressed hostility towards labor unions. As a lawyer, he opposed mine workers fighting for better wages. He also wants to erode the ability of agencies like OSHA to protect health and safety,

The D.C. Circuit hears important cases involving consumer protections. It reviewed rules that prevented internet service providers from blocking, slowing and prioritizing web traffic; and it upheld the constitutionality of the agency that protects us against unscrupulous banks. Justin Walker wants to tie the hands of the agencies that safeguard essential consumer protections.

The D.C. Circuit hears more cases related to environmental protections than any other court in the country. For example, it regularly hears cases challenging policies are issued by the Environmental Protection Agency (“EPA”) to protect our air and water from corporate polluters. In one case, the court upheld a clean air rule that the EPA estimated could prevent between 13,000 and 34,000 premature deaths, 19,000 hospital visits, and 1.8 million days of missed work or school per year. Justin Walker wants to weaken the EPA’s ability to ensure the health and safety of the public.

The D.C. Circuit has heard important challenges to gun safety laws, including whether localities can prohibit possession of certain military-style semi-automatic rifles. Justin Walker wants to constrain the ability to keep these dangerous weapons off the streets. In fact, he does not believe cities and states can consider public safety when addressing gun violence.

Walker’s Confirmation Will Undermine the Civil Rights of Millions

The D.C. Circuit hears a high volume of cases that involve the protection of important civil rights, including issues related to voting rights and anti-discrimination laws. For example, the D.C. Circuit has decided cases about challenges to laws that disenfranchise voters of color, and claims of workplace discrimination. Justin Walker wants to make it more difficult for agencies to enforce critical civil rights laws.

Walker’s Confirmation Will Undermine Rights for Persons with Disabilities

Walker’s Confirmation Will Erode the Rule of Law

The D.C. Circuit hears more cases related to the scope of the president’s constitutional authority than any other court in the country. From cases involving Watergate to Congress’s ability to perform critical oversight of Trump’s abuses of power, the D.C. Circuit is essential to the protection of the rule of law.  Justin Walker has expressed support for unchecked executive power and even believes the FBI should not be independent of the president.