Our statement on the end of Roe
Member Spotlight 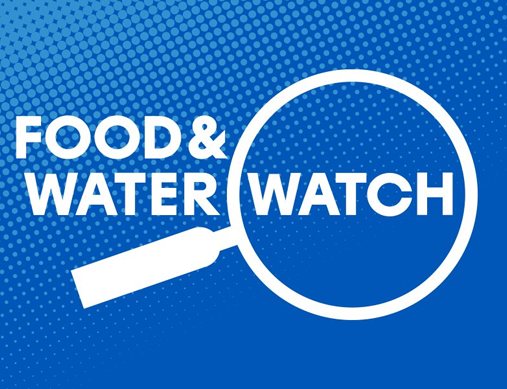 What is Food and Water Watch’s issue focus?

Food & Water Watch takes on some of the most pressing food, water, and climate issues we face – fracking, dangerous pipelines and power plants, polluting factory farms, water privatization, and corporate control of our democracy. We fight for safe public water as a human right, a sustainable food system, and a 100% renewable energy future.

Current campaign or project you’d like to highlight: What is something Food and Water Watch is currently prioritizing? Can you tell our readers a little about the goals of the campaign/project?

To avoid the impacts of runaway climate chaos, we need to end our reliance on fossil fuels – and this means we need to immediately stop fracking, new pipelines, and dirty power plants. It’s not enough to just build renewables. We need to stop fossil fuel production and use. Food & Water Watch was the first national organization to call for a complete ban on fracking, and I’m proud of the work we’ve done with grassroots partners across the country, from banning fracking in New York and Maryland to stopping hundreds of planned oil wells in California, to blocking pipelines and power plants from coast to coast.

We still have much more to do and we are actively campaigning at the federal level for a ban on fracking and halt to new drilling on federal lands, and in states across the country for a halt to new fossil fuel infrastructure. We organize to move our elected leaders to directly and honestly address the problem and directly take on the fossil fuel industry, rather than falling for schemes and scams promoted by powerful oil and gas corporations.

Tips and lessons: Do you have an “Advocacy Tip” to share or “Lesson Learned” while organizing this or other campaigns? Do you have any general words of wisdom that you’d like to share with other staff engaged in advocacy?

Never let anyone tell you something is politically impossible. As organizers, our job is to turn the politically impossible into the new political reality. As Nelson Mandela said, “It always seems impossible until it’s done.” When we got involved in working with grassroots organizations to ban fracking in New York, many organizations said we were naive and unrealistic. But we did the hard work of building partnerships and coalitions, organizing community by community, and together we changed the prevailing political reality and compelled Governor Cuomo to ban fracking. Since then, working with our allies we have blocked half a dozen fossil fuel projects in the state, reflecting a different politics around fracking.

Many of our member organizations work with both our Bolder Advocacy initiative on c3/c4 advocacy rules and guidance, and our Justice programs on the importance of the courts and judicial nominations. How has either or both most helped you? How have you worked with either or both?

State level lobbying and electoral regulations are labyrinthian. Consulting Bolder Advocacy’s vast library is the first thing we do when we enter a new state to conduct advocacy or electoral work.

Exploring new ways to advocate for judicial reforms and connect access to justice issues to our core campaign work when communicating with our members and supporters is something we intend to do more of under the new administration, and AFJ’s Justice program resources will help us do so effectively. FWW also uses AFJ’s judicial nominations resources to track court vacancies and learn about nominees we may have opportunities to support.

We are inspired by the many thousands of activists who take action in multiple ways to hold their elected officials accountable, building our political power so that we can achieve our organization’s mission.