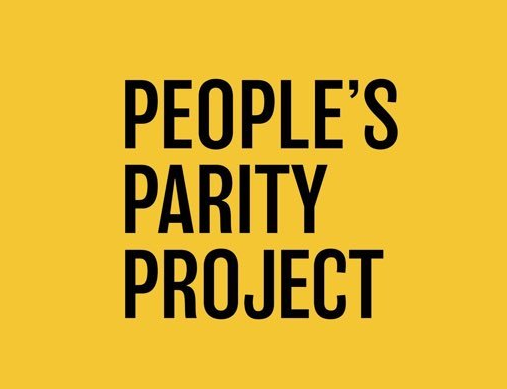 What is the People’s Parity Project’s issue focus?

The People’s Parity Project aims to bring a labor-organizing model to the legal profession. We organize law students and lawyers as workers who want safe and equitable workplaces for ourselves, and who also understand that lawyers have an outsized impact on whether workers everywhere have access to safe and equitable workplaces of their own. We’re taking on all the ways that corporate power has built a legal system that doesn’t work for vulnerable workers and vulnerable people everywhere, fighting to dismantle a profession that upholds corporate power and build a legal system that reflects our values of justice, equity, and solidarity.

Current campaign or project you’d like to highlight: What is something that People’s Parity Project is currently prioritizing? Can you tell our readers a little about the goals of the campaign/project?

Since our founding in 2018, PPP has been focused on ending the use of coercive contract provisions: forced arbitration and non-compete clauses, non-disclosure agreements, and class action waivers. Our first major campaign was against forced arbitration clauses, leveraging the power of law students as highly sought-after future workers to force law firms—including Kirkland & Ellis, Sidley Austin, and many more—to end the use of forced arbitration clauses in employment contracts for all workers, including non-legal staff. We used that organizing work to launch an education campaign, which aims to raise public awareness about how just a few lines of a contract can mean they’re signing away their rights entirely. We’re now working in coalition to pass the Forced Arbitration Injustice Repeal Act through Congress so that workers everywhere can finally be freed from forced arbitration.

The work of “unrigging the law,” as we describe our mission, can feel impossibly challenging. Taking on an entire legal system means that the work is never done. We make it a point to celebrate every victory, no matter how small. Legislation introduced that would end the use of coercive contracts, even if it hasn’t been passed? That’s a win! An incredible public interest attorney applied for a judgeship, even if they haven’t been nominated yet? That’s a win! Relishing in every win provides the fuel our community needs to keep pushing forward.

Many of our member organizations work with both our Bolder Advocacy initiative on c3/c4 advocacy rules and guidance, and our Justice programs on the importance of the courts and judicial nominations. How has either or both most helped you? How have you worked with either or both? For instance:

Heading into a Supreme Court election fight just weeks before the culmination of the 2020 election cycle presented a considerable predicament for our organization and organizers. We knew we couldn’t stand on the sidelines with the future of the country at stake, but we also knew that we’d have to walk extremely carefully as a 501(c)(3). From the hotline to the resources that were put out within days, Bolder Advocacy allowed us to fight against the far-right’s takeover of the court, while also ensuring that we were strictly adhering to all relevant law and regulations.

We draw our inspiration from generations of lawyers who have challenged the norms of the profession to stand on the side of true justice, and from workers throughout the history of the United States who have joined in solidarity to address society’s most pressing inequities and fight for a better future for all of us.