PACER And The Fight To End Fees For Court Documents 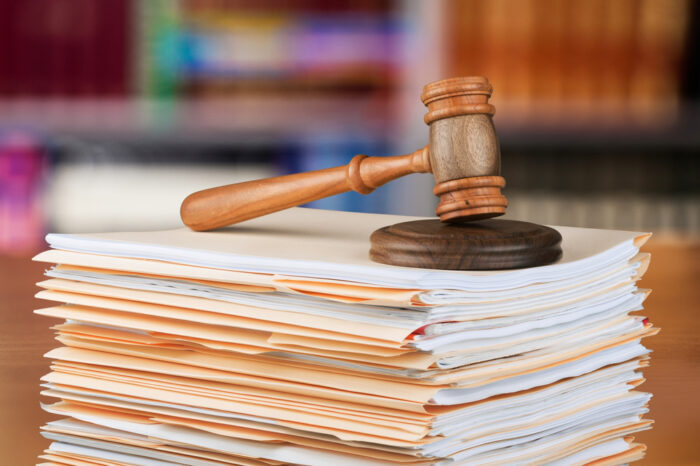 For an incarcerated person like Thomas C. O’Bryant, accessing the legal documents needed to litigate from prison is a near-insurmountable challenge. In 1995, Mr. O’Bryant was sentenced to life in prison and has since become a “jailhouse lawyer,” someone who learns how to legally advocate for themselves and other incarcerated people. Jailhouse lawyers are necessary because while the Constitution guarantees a lawyer in criminal proceedings, there is no guarantee of representation post-conviction; those who were wrongfully convicted or are subject to civil rights abuses inside prison walls often have to represent themselves. In 2015, Mr. O’Bryant wrote an article for the Harvard Civil Rights-Civil Liberties Law Review outlining the many barriers to filing suit from prison: the lack of educational opportunities of many incarcerated people, scarce resources at law libraries, limited recreational time, and finally, the fees associated with obtaining the documents needed to bring a case.

While the Sixth Amendment affords the right to a public trial for criminal proceedings and the First Amendment has been interpreted to mean the same for civil proceedings, records of these proceedings are not public — or free.  Federal court documents are available through an online system known as PACER. PACER (Public Access to Court Electronic Records) is the federal judiciary’s electronic docket system. Right now, when someone seeks to search, view, or download a court record, PACER charges 10 cents per page.

Thanks to a class action lawsuit and the work of Congress, PACER’s excessive fees may soon be a thing of the past. In 2016, Alliance for Justice, along with the National Veterans Legal Service Program and the National Consumer Law Center, filed a class action claiming PACER had systemically overcharged users. While it cost $3 million to operate PACER in 2016, the service took in more than $146 million that year and used the funds for unrelated projects, such as buying flat-screen TVs for courthouses and conducting a study of the Mississippi court system. In 2020, the U.S. Court of Appeals for the Federal Circuit affirmed a lower court decision finding that PACER overcharged for its services. Just last month, the government and class representatives reached a tentative settlement.

In 2018, legislation was first introduced in Congress to eliminate PACER fees. This year, legislation was introduced once again, named the Open Courts Act of 2021. The bipartisan legislation, introduced by Senators Rob Wyden and Rob Portman, would eliminate PACER fees for anyone who spends less than $25,000 per quarter on PACER. PACER, which would be funded primarily through appropriations as opposed to fees, would also be updated so that information is presented in a clear and uniform manner. As of last month, the bill advanced out of the Senate Judiciary Committee and is pending on the floor of the U.S. Senate.

At “only” 10 cents per page, why do these fees matter? First, because the fees pose an access-to-justice issue for low-income litigants and the nonprofits that serve them. Pro se litigants, who represent themselves often because they cannot afford an attorney, make up a quarter of all civil litigants and struggle to afford the hundreds of pages needed to build their cases. For incarcerated pro se litigants like Mr. O’Bryant, who work for free or for well below minimum wage, the challenges of affording these documents are even greater. Pro se litigants need to review court documents to understand their own criminal cases and the suits they plan to file, but downloading files from a single case can cost up to $100 dollars. Legal nonprofits who represent low-income clients also struggle with these fees. Working to address our most pressing legal issues, like racial justice, the environment, and reproductive justice, nonprofits operate on tight budgets and work to alleviate the financial burden of litigation for clients.

Second, PACER’s fees interfere with the right of the public, journalists, and researchers to observe, study, and disseminate courtroom proceedings. The New York Times, one of the largest newspapers in the country, noted that it paid tens of thousands of dollars in PACER fees in recent years. For example, downloading all of the documents from the Lehman Brothers bankruptcy case, seen as central to the 2008 financial crisis, would cost over $20,000 dollars. While the Times can afford these costs, they are too steep for independent journalists and local newspapers that have struggled mightily in recent years. These fees also create barriers for researchers and academics studying the justice system who have limited funds and require a large quantity of documents to analyze patterns within our court system.

In fact, it’s a regular public cry among legal journalists to encourage their peers to upload and share any documents they’re reporting on so that other people can examine them for themselves without having to pay their own PACER fees. We need journalists and researchers be able to thoroughly and accurately write about pressing issues like government misconduct, civil and human rights, and criminal justice without facing a paywall.

Much would have to change outside of PACER fees to make courts accessible to pro se litigants like Mr. O’Bryant and other low-income litigants. But the elimination of these fees is an important step. Mr. O’Bryant and his clients would be able to easily access the documents necessary to vindicate their constitutional rights, journalists could widely report on judicial proceedings that are important but may not make the front page, and researchers could chronicle abuses in the criminal justice system. With millions of pro se litigants, truth-seeking journalists, students, and researchers unable to access these documents due to cost, Congress must pass the Open Courts Act of 2021 to ensure the courts live up to their promise of access and transparency.