Even with millions of Americans already voting, Republican lawmakers rammed through a radical Supreme Court Justice with a partisan vote of 52-48. But the fight isn't over.
Read Our Statement
Blog 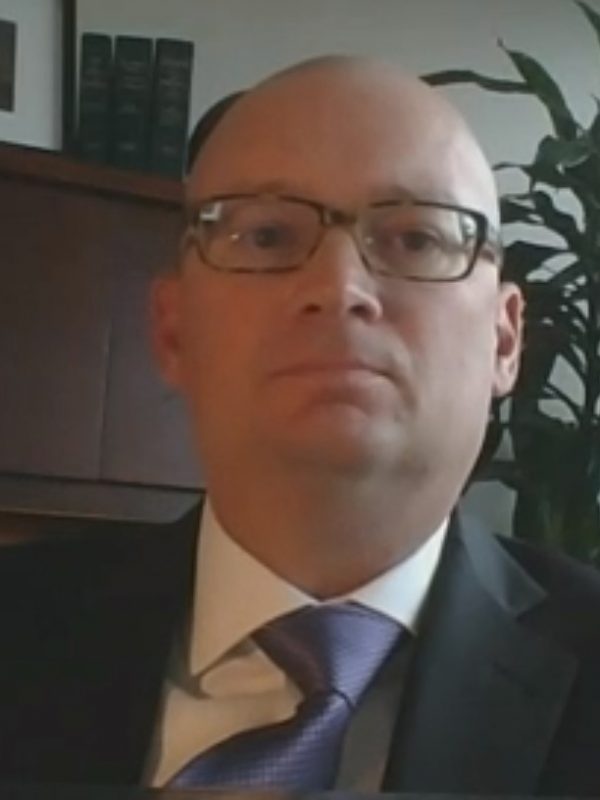 In 2016, Senate Majority Leader Mitch McConnell did not confirm a single one of President Obama’s judicial nominees after July, claiming he wanted to let the voters decide who should appoint them. This year, however, Senate Republicans are determined to keep confirming judges up through the election, and what’s particularly galling is that one of the nominees is yet another outspoken opponent of voting rights.

With the COVID-19 pandemic already undermining access to the polls, the last thing our country needs is another federal judge who supports voter suppression. That’s all the more true as the Senate refuses to respond to an ongoing pandemic that has claimed 190,000 lives, the resulting economic crisis, or the reckoning for racial equality.

President Trump has nominated Toby Crouse to serve as a United States District Court judge for the District of Kansas. Like so many of Trump’s nominees, Crouse has a storied record of ultraconservative positions. He joined amicus briefs taking rather egregious positions opposing LGBTQ equality, gun safety measures, immigration, labor rights, and reproductive freedom.

Crouse also worked closely with former Kansas Secretary of State Kris Kobach, who implemented some of the strictest voter ID laws in the country and then led Trump’s voter fraud commission — which found no evidence of voter fraud to back up Trump and Kobach’s wild claims. It was Crouse’s job to defend Kobach’s voter suppression efforts, which he did vigilantly.

In Fish v. Schwab, Crouse defended Kansas’ law that required residents to show proof of citizenship before they were allowed to register to vote. Kobach insisted the law was necessary because he personally believed there was widespread voter fraud, frequently citing a stat suggesting that 11.3% of self-reported noncitizens vote.

The author of the study from which Kobach derived that number, however, testified against the law and claimed neither his study nor any that he knew of supported Kobach’s claim. Ultimately, Kobach was only able to provide evidence of 39 cases of non-citizens having registered in Kansas, representing 0.002% of all registered voters in the state.

The district court ruled against the law, but Crouse continued to appeal the case. During oral arguments at the U.S. Court of Appeals for the Tenth Circuit, one of the judges pointed out that the law had actually prohibited 30,000 people from registering to vote even though nearly all of them were citizens. Crouse insisted that this wasn’t evidence the law was unconstitutional, blaming the unsurprising voter suppression instead on bureaucratic problems.

Similarly, Crouse’s arguments didn’t make sense — nor did they convince the Tenth Circuit, which also ruled against Kansas’ law. Crouse still fought to defend it, petitioning the U.S. Supreme Court to consider the case. In that petition, he reiterated the false claims that the law was necessary to “root out fraud” and protect “the integrity of our electoral processes.”

Crouse also wrote that the 30,000 people prohibited from voting did not justify overturning the law, suggesting, “It is equally possible these applicants were simply unwilling to bear burdens no greater than ‘the usual burdens of voting.’” In other words, if showing proof of citizenship prohibited people from registering to vote, it meant those people were just lazy.

The Supreme Court hasn’t yet decided whether to take up the appeal.

Crouse also fought to defend gerrymandering that benefited Republicans. In a lawsuit challenging Pennsylvania’s electoral maps, Kansas joined a brief defending the boundary lines that gave Republican voters an unfair advantage compared to how much of the population they actually made up.

Voting rights are as important as ever with many states moving to mail-in ballots. We’ve already seen courts, however, rule against measures to ensure everyone can have their vote counted, including specific attempts to accommodate the recent surges in mail-in voting. When our access to the polls is as fragile as it is, the last thing we need is another Trump ideologue ready to rule against voting rights from the federal bench.