Stop the DOJ from Busting the Immigration Judges’ Union 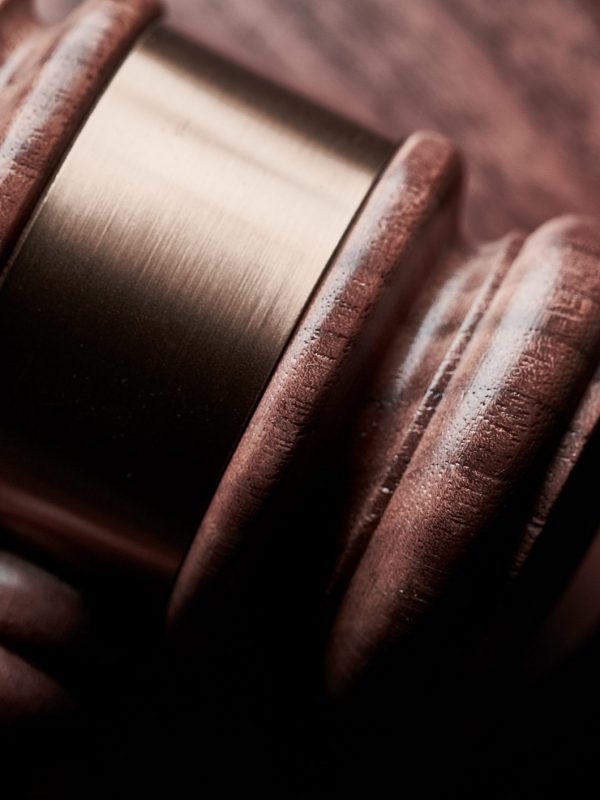 Since 1979, the National Association of Immigration Judges (NAIJ) has represented the immigration judges who oversee civil cases in U.S. immigration courts. Because immigration judges are employees of the Department of Justice (“DOJ”) and not actually part of the Judicial Branch, they are particularly “vulnerable to politicization by the Executive Branch.” In addition, they are not allowed to speak out publicly, lobby Congress, or provide feedback to the DOJ on the performance of Immigration Court. NAIJ’s representation, therefore, is critical.  Through NAIJ, immigration judges are able to speak independently of the Justice Department and fight for due process, fairness, and impartiality. For example, NAIJ has bemoaned that “the court has veered even farther away from being administered as a court rather than a law enforcement bureaucracy.”  It has accused the Trump Administration of “politicizing the power of immigration judges” and pushed back against new policies that threaten the Due Process of immigrants that appear before the court. It has also criticized housing the immigration court within DOJ and is working to increase judicial independence through structural reform.

Despite its forty years of success representing immigration judges, the Justice Department is now attempting to decertify NAIJ by petitioning the Federal Labor Relations Authority (FLRA) to reclassify immigration judges as management officials; the FLRA is scheduled to hear the matter on January 6.

There is no basis for such a finding. It is a blatant union-busting move designed to suppress the voices of immigration judges, undermine the independence and integrity of the immigration court system, and erode the rights of immigrants. DOJ made a similar attempt in 2000. The FLRA rejected the argument then because “the agency had failed to establish that [immigration judge] activities involved the formulation, determination, or influencing of agency policy,” which is the standard for determining whether an employee is a management official. Since this decision was issued, the responsibilities of an immigration judge have not changed, so the FLRA should again reject this argument.

It is no coincidence that DOJ is attempting to kill NAIJ. The move is part of a broader effort by the Trump Administration, led by white nationalist Steven Miller, to restrict legal immigration into the U.S. For example, President Trump has issued a discriminatory travel ban and slashed the number of refugees that the U.S. can accept. In addition, the Justice Department has tightened asylum laws by, among other things, taking away asylum protections for victims of domestic and gang violence. And, it has politicized hiring procedures in order to ensure restrictive immigration judges.

Key to the Administration’s attack on legal immigration is handcuffing immigration judges.  The Department, for example, has removed resources from the Immigrations Court system and stripped immigration judges of their authority. Immigration judges are now being assigned upwards of 60-80 cases a day, which gives them only 1 to 3 minutes per case. There is also an increased use of teleconferencing so immigrants might not even see their judge face to face. These changes deprive many immigrants of their Due Process right to a reasonable “opportunity to be heard.” Likewise, DOJ policy has imposed arbitrary quotas — to clear 700 cases a year — and deadlines as a condition of their continued employment in order to speed up deportations. According to NAIJ, this “could be the death knell for judicial independence in the Immigration Courts. Judges can face potential termination for good faith legal decisions of which their supervisors do not approve.” The impact of these new policies has already taken effect, with some immigration judges admitting that they have “issued decisions on an immigrant’s ability to enter or stay in the United States based on whether the decision would get them fired.”

By decertifying NAIJ, DOJ would be able to further tighten its control over immigration judges. In addition to reducing transparency, it would make it easier for President Trump to impact the outcome of cases. For example, the President could get rid of the collective bargaining agreement’s right to an independent arbitrator in matters concerning discipline and termination, which would allow the Justice Department  to remove immigration judges who made decisions at odds with White House policy. This sort of political influence raises serious Due Process concerns.

NAIJ serves as one of the last bulwarks against a complete and total takeover of the immigration court system by our Executive Branch. Without union representation, immigration judges will lose their collective voice and be unable to push back against policies and procedures that undermine the fairness and transparency of the system. It is imperative that we defend this important safeguard of judicial independence against further assault by the Trump administration.