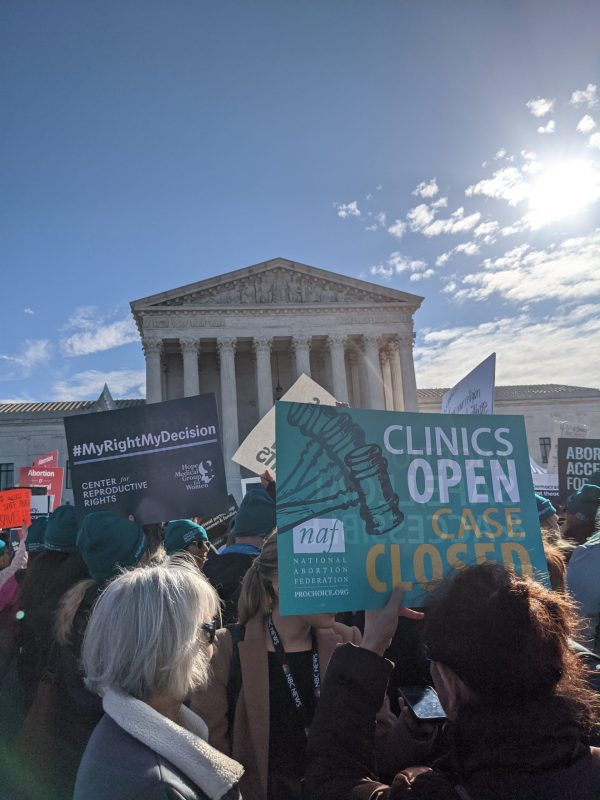 WASHINGTON, DC, March 4, 2020 – This morning the Supreme Court heard oral arguments in June Medical Services v. Russo, a case concerning Louisiana’s TRAP law that would severely limit access to abortion in the state. The law is identical to the Texas law that the Supreme Court ruled against just four years ago in Whole Woman’s Health v. Hellerstedt. The only thing that has changed since then is the makeup of the Court.

“It’s incredibly alarming that any justice is even considering upholding a Louisiana law identical to the one that the Supreme Court ruled unconstitutional in Texas just four years ago. If the Court is willing to so quickly change its interpretation of the Constitution to erode the rights and health of those seeking an abortion, just because the makeup of the Court has changed, it will degrade its own integrity and legitimacy.”