Take Roberts Court Defense with a Grain of Salt 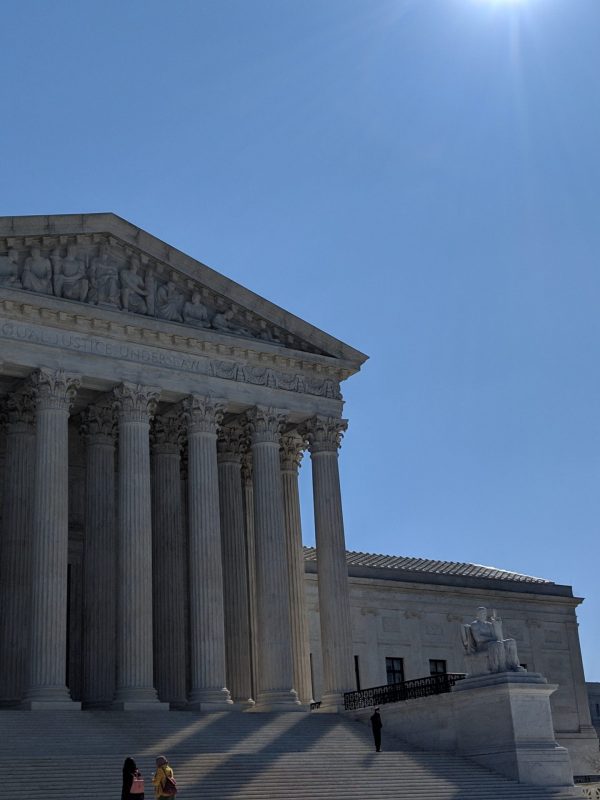 For those who have long been fed up with President Trump’s relentless attacks on judges and the justice system, recent days provided a seeming bright spot: the Chief Justice offered a rare pushback against the President. Chief Justice Roberts’s comments that there are no partisan “Obama judges” as the President alleged – nor “Bush judges,” “Clinton judges” or “Trump judges” – looked for all the world like Roberts was claiming some sort of moral high ground.  Yet progressives should be very wary of the Chief Justice’s remarks.

For one thing, they were inexplicably tardy.  President Trump has repeatedly demonstrated a lack of respect for the rule of law since his campaign days.  He has stated that he expects loyalty from those in law enforcement.  He has demanded investigations and prosecutions of his political opponents and the media.  And he has consistently attacked judges who have ruled against him.

The statement that led to the Roberts rebuke was of the same ilk; Trump blasted District Court Judge Jon Tigar as an “Obama judge” after Tigar blocked the Administration from denying asylum to immigrants crossing the southern border.

The President’s attacks on Tigar led Roberts to deny that judges bore such labels, and to say that the “independent judiciary is something we should all be thankful for.”

But while Roberts might not say there are judges with Democratic and Republican loyalties, his actions and those of his Republican-appointed colleagues paint a very different picture.

In nearly twenty years’ worth of decisions, the conservatives on the Supreme Court have done virtually everything in their power to help tilt the political playing field towards Republicans and the wealthy and powerful.In Bush v. Gore, five Republican-appointed justices halted the recount of Florida’s ballots and made George W. Bush president (in a decision “limited to the present circumstances”).  In 2010, Roberts and four other Republican-appointed justices overturned decades of law and precedent to further open the gates to big money in campaigns in Citizens United v. FEC.  In 2013, in another 5-4 decision written by Roberts, Shelby County v. Holder, they gutted the Voting Rights Act – and Republican-controlled states rushed in with countless laws to make it more difficult for people of color to vote.

Just this term, in Abbott v. Perez, the conservatives on the high court rejected attacks on Texas’s racially discriminatory redistricting. They allowed Ohio, in Husted v. A. Philip Randolph Institute, to target infrequent voters for removal from the voter rolls and to deprive them of the fundamental right to vote.  And, in Janus v. AFSCME, the court overturned forty years of precedent to weaken labor unions, a central goal of Republicans since the New Deal and seen as key to helping weaken the Democratic party.  Indeed, in each case, Roberts and his Republican-appointed brethren made it easier for Republicans to win elections and undermine our democracy.

And if Roberts does not think there are “Trump judges,” he should tell that to his two newest colleagues – Neil Gorsuch and Brett Kavanaugh.

Gorsuch was confirmed only after Republicans refused to confirm the incredibly qualified Judge Merrick Garland; only after dark money conservative groups spent over $17 million against Merrick Garland and in support of Neil Gorsuch; and only after Republicans had to change the rules of the Senate to confirm him.  Given the extraordinarily untoward circumstances surrounding his confirmation, we would have expected him to be extra conscious of the need to be apolitical in his public life. Yet Gorsuch did the exact opposite, doing a “victory lap” with Mitch McConnell; speaking at the Trump Hotel; giving a speech at the Federalist Society demeaning Alphonse Maddin, the trucker who almost froze to death on the job and whose legal claims Gorsuch ruled against at the appellate level; and dining with Republican Senate leaders to discuss “important issues facing our country.”

Meanwhile Brett Kavanaugh spent his entire career as a hyperpartisan.  He worked for Republicans on the election recount at the heart of the Bush v. Gore case; helped with the investigation of President Bill Clinton’s relationship with Monica Lewinsky; drafted grounds for President Clinton’s impeachment with Independent Counsel Ken Starr; and led an independent counsel’s investigation that dignified wild Republican conspiracy theories alleging the murder of Vince Foster.

Finally, in his confirmation hearing on September 27th, he cited unsubstantiated conspiracy theories about a former President and former presidential candidate and he attacked the integrity of Democratic senators.  He condemned progressive groups that opposed his nomination, many of which will litigate in his courtroom.  He openly threatened revenge against Democrats and those who have opposed him.  Judges are required to rise above politics, but that is a standard Kavanaugh certainly demonstrated an inability to uphold.

The Federalist Society, the Republican-aligned, dark-money-funded organization to which President Trump has largely delegated his duty to select judges, has repeatedly celebrated Justices Clarence Thomas, Samuel Alito, and Gorsuch; and the newest justice, Kavanaugh, received a minute-long ovation when his name was announced at the Society’s most recent annual dinner.

So what was Roberts really trying to accomplish with his rebuke of President Trump? It is well known that Roberts cares deeply about his own legacy and about the reputation of the Court as an institution, so he very likely felt compelled to defend both. After all, in 2006, at the end of his first term, Roberts told legal analyst Jeff Rosen, “Politics are closely divided. The same with the Congress. There ought to be some sense of some stability, if the government is not going to polarize completely. It’s a high priority to keep any kind of partisan divide out of the judiciary as well.”

But at the same time it is tempting to view Roberts’s pronouncement as a preemptive strike. Roberts knows the Court will continue to issue 5-4 decisions that will make it easier for Republicans to win elections.  It will continue to uphold Trump Administration assaults on our laws (the five Republican-appointed judges upheld his Muslim Ban).  And it will continue to side with the wealthy and the powerful over everyday Americans. With these 5-4 decisions, Roberts knows opposition to the Court will grow and it will be seen as another partisan institution.  There is a risk the Court will come to be seen as illegitimate by large swaths of the public, and progressives will rise up, like they did during the New Deal era, to vigorously push back on a reactionary Court.

In other words, Roberts can best accomplish his ideological agenda if he and his colleagues are just seen as “umpires,” just calling balls and strikes, rather than hyperpartisans who take victory laps with Republican leaders and threaten revenge on Democratic senators during confirmation hearings.  By getting progressives to agree with him today that there are no such things as “Obama judges” or “Trump judges,” he hopes to make it harder for liberals in the future to criticize him and his colleagues the next time they make it harder to vote or easier for the president to undermine the law.