Donate before the end of the year so we can hit the ground running in January.
Learn More
Blog 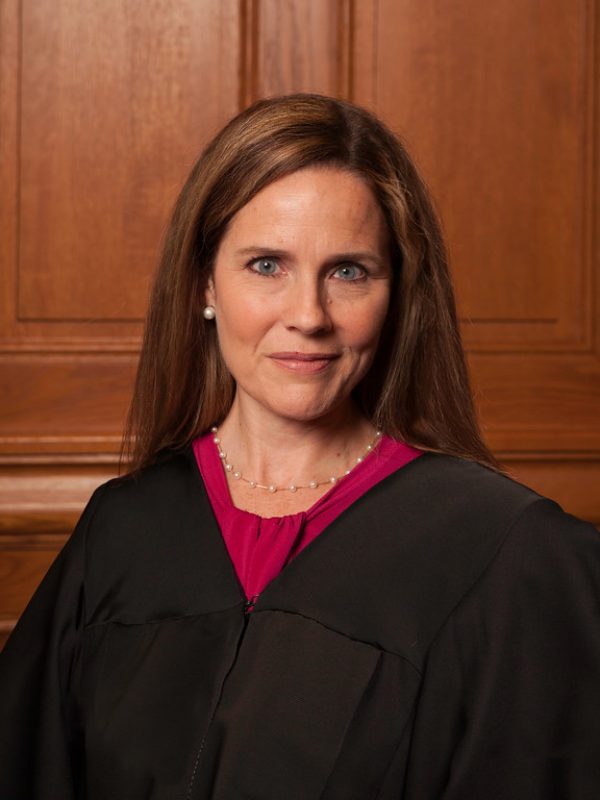 When President Trump nominated Amy Coney Barrett, Alliance for Justice thoroughly reviewed her record. As detailed more fully in our report, her record makes clear that her confirmation to the Supreme Court would strip healthcare from millions and erode the rights of women, racial minorities, and LGBTQ Americans.

Despite her extensive writings and public speeches about how she would reshape the federal judiciary to undermine hard-won civil rights and legal protections, Barrett’s testimony before the Senate Judiciary Committee only confirmed our grave concerns, as described in our post-hearing analysis. When pressed on her own record and critical issues vital to the American people, she was evasive and misleading and only reinforced the danger she poses to the nation.

Alliance for Justice has now reviewed her 184-page response to written questions (“QFR”) from senators. And, again, her refusal to answer key questions and affirm basic legal principles is stunning, and scary.

Just one week after Election Day, the Supreme Court is set to hear oral arguments in a Republican-led challenge to the Affordable Care Act, which she has previously written should be overturned. Despite this imminent threat to the health of millions, Barrett:

In the past, Barrett has consistently expressed her opposition to reproductive rights, and conservatives see her as a sure vote to repeal Roe v. Wade. Despite her past statements, in responding to Senators’ questions Barrett:

Barrett previously served on the board of a private school with strict anti-LGBTQ policies, including discrimination against LGBTQ persons in enrollment and hiring decisions. She also admitted to accepting an honorarium from Alliance Defending Freedom, a group that supports the recriminalization of homosexuality, but she has repeatedly denied knowing anything about its anti-LGBTQ record and challenged its classification as a hate group as “a matter of public controversy.” When asked to clarify her views on LGBTQ rights, Barrett:

As a judge on the Seventh Circuit Court of Appeals, Barrett has already dismissed the harmful impact of racially hostile work environments and upheld “separate but equal” employment policies. When asked how she would approach racial justice on the Supreme Court, Barrett:

Barrett has consistently ruled against fundamental fairness in the criminal justice system, including voting to reverse a jury award of $6.7 million to Shonda Martin, a 19-year-old pregnant woman held at a Milwaukee County correctional facility who was raped by a prison guard. When asked questions about how she would uphold constitutional protections for the criminally accused as a Supreme Court Justice, Barrett:

Since taking office President Trump has abused the presidency for his own personal and political gain. Despite this threat to our democracy, Barrett would not answer even basic questions about presidential authority, such as:

President Trump and Senate Republicans have clearly indicated that they want Barrett on the Court so that she and other Republican appointees, rather than the American people, can decide the upcoming election. When asked to clarify her views about election laws, Barrett:

Climate change represents an existential threat to our planet, and its existence is proven by overwhelming scientific evidence. Nevertheless, Barrett:

Barrett on the Science of COVID-19

As our nation continues to combat a deadly pandemic that has killed over 220,000 in the United States — and as Trump-appointed judges continue to strike down laws responding to this crisis — Barret would not answer even the most basic of questions about COVID-19.

On the Seventh Circuit, Barrett dissented from a decision upholding a federal law that restricts access to guns by felons convicted of serious crimes. Despite the scourge of gun violence that is currently claiming thousands of American lives each year, Barrett: