The Sprint To Fill Every Judicial Vacancy By 2023 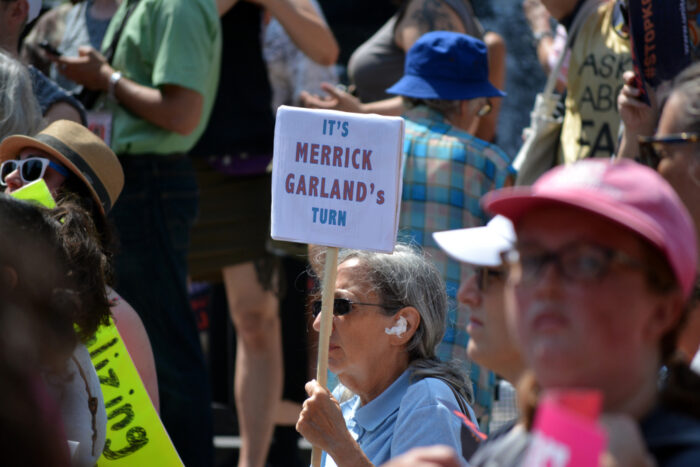 While the nation rejoices in the confirmation of Justice Ketanji Brown Jackson to the U.S. Supreme Court, the work continues to fill vacancies on the lower federal courts. There are currently 113 federal judgeships sitting vacant, three quarters of which lack even a nominee. However, in recent weeks Republican senators have renewed their threats to slow judicial nominations to a halt, hoping to leave these vacancies to be filled by a future Republican President. They employed the same tactics during President Obama’s second term. As we move towards a midterm election, time is of the essence. President Biden and the U.S. Senate must act expeditiously to fill every vacancy.

In recent weeks, Republican Leader Mitch McConnell and Senator Lindsay Graham previewed what the next two years could be for President Biden’s judicial confirmations if Republicans retake the Senate majority in the 2022 midterm elections, and it is bleak. Earlier this month, Senator McConnell refused to say whether he would even hold hearings on a Supreme Court nominee.

Just a few days earlier, Senator Graham made the same threat for lower court nominees. Speaking ahead of the Senate Judiciary Committee’s vote to advance Judge Ketanji Brown Jackson’s nomination to the Supreme Court, Senator Graham warned that “if [Republicans] were in charge, she would not have been before this committee.”

Senate Republicans’ intent is clear: obstruction. They are threatening the same type of slowdown that we’ve seen before.  During the last two years of President Obama’s term, judicial nominations nearly ground to a halt. Judge Merrick Garland’s blocked nomination to the U.S. Supreme Court is merely one example.

The same blockade was largely true of President Obama’s lower court nominations. Out of the 323 Circuit and District Court judges appointed by President Obama, only 20 were confirmed during his final two years — i.e., once Republicans regained the Senate majority. President Obama’s one and only judge confirmed to the powerful Circuit Courts of Appeals during his final two years in office occurred in January of 2016, a year before he left office. This obstruction left a record 106 judicial vacancies for President Trump to fill.

After holding these seats open for President Trump, Mitch McConnell and Senate Republicans moved swiftly to confirm conservative ideologues. Many of these nominees were rated as unqualified by the American Bar Association. One such nominee is Judge Kathryn Mizelle of Orlando, FL who became one of the youngest federal judges in history. She was confirmed at the age of 33 after having practiced law for only four years. Just this week, Judge Mizelle halted the transit mask mandate nationwide, using a judicial procedure that conservatives sharply criticized during the Trump years as judicial overreach.

On the campaign trail, President Trump famously noted that he wanted to appoint judges and justices who would overturn Roe v. Wade. With his three justices on the bench, the Supreme Court appears ready to overturn 50 years of legal precedent and turn back the clock on reproductive freedom. President Trump nominated Justice Amy Coney Barrett, for example, with full knowledge of her anti-abortion views. She had routinely criticized the Roe v. Wade decision, going so far as to sign a newspaper ad that called for putting “an end to the barbaric legacy of Roe v. Wade.

States with the most unfilled vacancies:

We know the playbook. If Republicans win the U.S. Senate this November, they will sit on President Biden’s groundbreaking nominees for the next two years. The White House and the Senate Judiciary Committee have been diligent in confirming 58 judges to lifetime appointments. Yet many more vacancies remain. With eight months left, President Biden and the Senate must fill every vacancy. The president can start by nominating exceptional candidates to the 84 judgeships awaiting a nominee. And then the Senate must work with haste to confirm them by the end of the year.

William Harrison is the Helen Rosenthal Fellow with the Building the Bench program at Alliance for Justice.