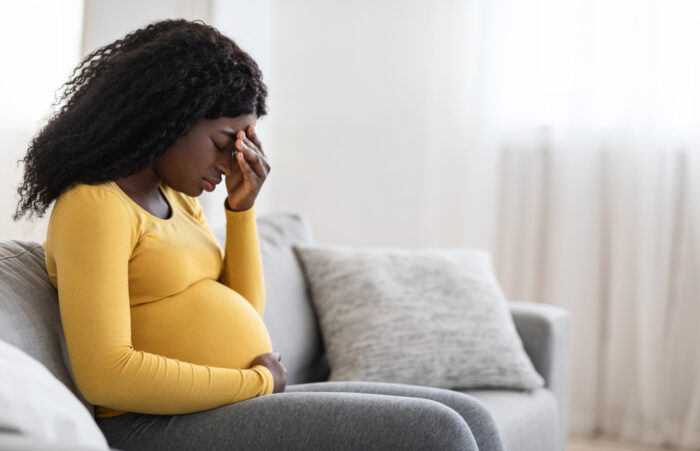 Just a few weeks ago, Justice Alito’s draft opinion in Dobbs v. Jackson Women’s Health Organization leaked, making clear that as many have long feared, the Supreme Court plans to overturn Roe v. Wade. The ultra-conservative Supreme Court justices and anti-choice elected officials are part of a long legacy of suppressing the ability of marginalized people from participating in our public life. Overturning Roe, a nearly-50-year-old decision that protects a pregnant person’s freedom to choose abortion, will have a devastating impact.

From the perspective of physical health, overturning Roe could mean the difference between life and death. Compared to other large, high-GDP countries, the maternal mortality rate in the U.S. is astronomical: in 2020, 23.8 out of every 100,000 mothers died in childbirth in the U.S. compared with 8.3 per 100,000 in Canada and 7 per 100,00 in the United Kingdom. Even within the United States, improved access to abortion directly correlates with lower maternal mortality from state to state. But the Supreme Court isn’t just making decisions about people’s bodies. Here are four other ways that taking away the fundamental right to abortion impacts people’s lives:

Abortion access has a profound impact on people’s economic lives. Long-term studies have consistently shown that abortion legalization reduced poverty for women and children. Abortion access also increased women’s participation in the work force, with Black women making the most gains: a 6.9% increase in work-force participation. Abortion access also improves career outcomes and earning power; one study showed that young women who had abortions to delay motherhood by just one year had an 11% increase in wages later in their careers.

In contrast, abortion restrictions and forced birth have devastating economic consequences. One long-term study that tracked the impact of abortion on economic power is the Turnaway Study, which compared women who were denied abortions with women who received abortions over the course of 5 years. The study found that women who were denied abortion and went on to give birth had an 80% increase in bankruptcies, evictions, and tax liens, having their personal property seized by the government for failure to pay taxes.

According to one study, young women who had abortions were more likely to complete high school and be employed two years later compared to those who carried their pregnancies to term. Many studies also show that abortion increases access to higher education. A study by the Institute for Women’s Policy Research showed that the legalization of abortion led to a 9.6% increase in Black women’s college graduation rate. Another study that compared young women who received abortions to those who were pregnant and gave birth found that the first group was 2.8 more likely to graduate from college and 1.7 times more likely to attain a tertiary educational qualification, a broader category that includes other training such as vocational school.

Abortion access gives people the power to build healthy relationships and families. According to the Turnaway Study, women who wanted, but were denied abortions, were more likely to stay in contact with an abusive partner than women who received abortions.

Being denied an abortion also has an impact on the pregnant person’s existing and subsequent children. The typical person who receives an abortion is already a parent. Children born to women with abortion access have been more likely to graduate college and less likely live in poverty as adults. In contrast, children of women denied abortions were more likely to live in poverty in a household where their parent(s) did not have enough money to pay for food, housing, and transportation costs.

Cutting off abortion access doesn’t just put people in physical risk — it puts their mental health at risk too. The Turnaway Study found that women who received abortions were significantly more likely than women who were denied abortions to have aspirational life plans for the coming year. In contrast, women who were denied abortions were more likely to initially experience higher levels of anxiety, lower life satisfaction, and lower self-esteem. These data directly contradict right-wing talking points that claim that abortion is harmful to people’s mental health.

In the last fifty years, the Roe v. Wade decision has enabled unprecedented progress for people who can become pregnant. The decision, and the subsequent Casey v. Planned Parenthood decision, had their limitations; for years, low-income women and women of color have been left without care in states with restrictive laws. But still, while imperfect, Roe gave millions the power to make the decisions that were best for their bodies, families, and futures. Lives have been saved from life-threatening pregnancies and unsafe abortions, and lives have been changed by gains that abortion access enabled in economic power, education equity, mental health, and relationships.

A world where Roe is overturned is one with dire consequences for individuals, families, and communities. We must make our understanding of these consequences known through protest, through legislation, and by confirming judges who are committed to protecting our fundamental rights, not abusing their power to take them away.

Nora Howe is a Dorot Fellow at Alliance for Justice.