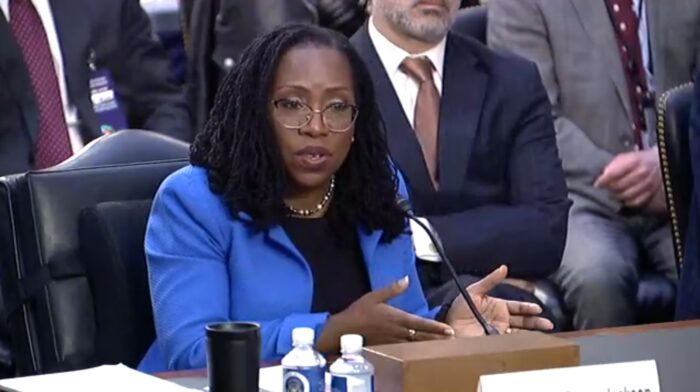 Some of the attacks on Judge Ketanji Brown Jackson’s qualifications for the Supreme Court have focused on her work as a federal defender. The Republican National Committee urges opposition to her because some of her clients were charged with serious offenses and that she was “zealous” in their defense.

The Sixth Amendment to the Constitution provides that “in all criminal prosecutions, the accused shall enjoy the right…to have the Assistance of Counsel for his defence.” The framers included it in the Bill of Rights to assure that abuses of criminal prosecutions by the English would not occur in the new country. Lawyers like Judge Jackson, who have represented criminal defendants zealously, are essential to make the guarantee meaningful.

I have spent my career as a criminal defense attorney, first as a public defender and then in private practice. I have seen first-hand why vigorous defense attorneys are essential to make the Sixth Amendment right meaningful. I too have been asked how I can defend people against allegations of incredibly serious crimes.

One need only look, for example, at the high-profile corruption case against Sen. Ted Stevens. A special investigation found that two Justice Department officials had concealed documents that would have helped in his defense and the Attorney General ordered the charges dismissed.

The trial of Ingmar Guandique, who was accused of murdering FBI intern Chandra Levy, is another important example. Charges were dropped against Guandique in part because of evidence undermining the testimony of a key witness against him. Again, an investigation found that two federal prosecutors had failed to turn over that exculpatory evidence. One of them was disciplined by the bar.

In both of these cases, like so many others, exculpatory evidence would not have come to light were it not for the robust defense provided both during and after the trial.

In a political debate, or in a confirmation hearing, it is tempting to portray a former defense attorney as sharing the values of her client. Thus, if one represents a person accused of terrorism, she would then be falsely accused of “supporting” acts of terrorism. If the client is accused of child pornography, the defense attorney would then be falsely accused of “supporting” pedophilia. These sort of accusations, be they against Judge Jackson or other attorneys, attempt to undermine what actually makes our system just. They are fundamentally inconsistent with the Constitutional guarantees and with truth.

According to the Republican National Committee and other opponents of Judge Jackson’s confirmation, lawyers who provide zealous representation to indigent defendants are disqualified by that fact from serving on the Supreme Court. The framers would be horrified. Does the RNC forget that John Adams took on the defense of British soldiers who killed Bostonians in a riot because they needed a lawyer?

The truth is that attacks on Judge Jackson for her work as a public defender are pretexts for opposing her because she is not conservative and because President Biden promised to nominate a Black woman.

Ketanji Brown Jackson has had a distinguished career as a lawyer and as a judge. Her service as a federal defender is not a disqualification. Indeed, it provides her with a much-needed perspective on the adversary system for the cases that will come to the Supreme Court.

William W. Taylor III is a founding partner of Zuckerman Spaeder LLP and one of the country’s foremost litigators.