Wong Kim Ark’s Legacy: Why we must keep fighting for our courts 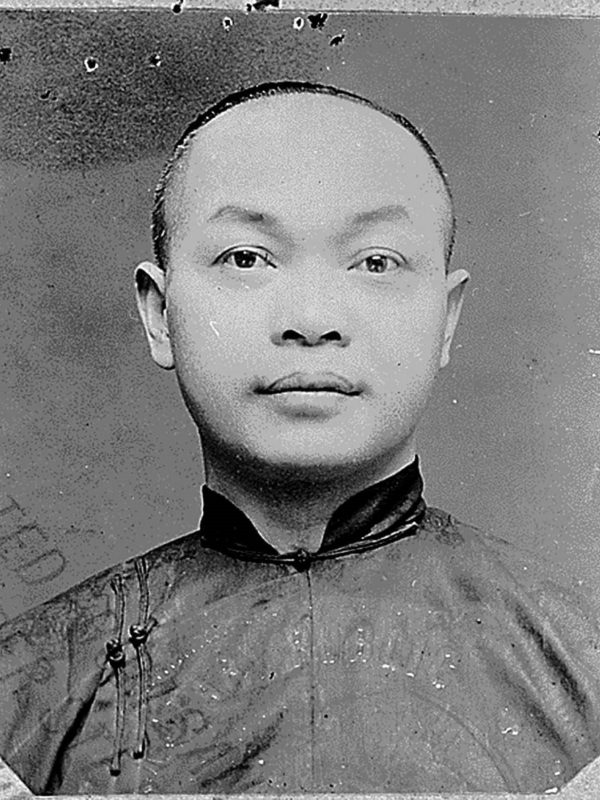 In the fall of 1895, Wong Kim Ark had just returned to San Francisco from visiting his parents, wife and oldest son in China.  He had been born in San Francisco; it was his birthplace and his home. He had visited China before and had had no problems returning home. But this trip would be different. Immigration authorities denied him entry, forcing Wong to return to the steamship on which he had arrived. Little did he know that he would spend the next four months on the San Francisco Bay, waiting to find out if he would be allowed to enter the country of his birth.

Nearly 125 years later, many Americans have never heard of Wong Kim Ark or his landmark Supreme Court case.  Yet, his story and his case are deeply relevant today, illustrating how vital our courts are in upholding our constitutional and human rights in the face of  rising xenophobic and racist sentiment. As we celebrate Asian Pacific American Heritage month, it is important to reflect on the critical contributions Asian Americans and Pacific Islanders (AAPI) have made to this nation’s legal history amidst a backdrop of racism and xenophobic laws, policies and courts, and how that history connects to our current fight to protect our courts.

In the late 1800s, anti-Chinese sentiment spread as white working men targeted Chinese people as scapegoats in the wake of the Depression of 1873.  The country passed its first immigration law, the Page Act of 1875, which intentionally barred the entry of Asian women whom immigration officials perceived as “immoral” or likely to engage in prostitution. In 1882, the government enacted the Chinese Exclusion Act, barring most Chinese immigrants from entering the country. However, anti-Chinese sentiment then focused on children born in the United States to Chinese parents. Despite court decisions recognizing birthright citizenship under the Fourteenth Amendment, in United States v. Wong Kim Ark, the American government attempted to argue that a child’s citizenship should follow that of the parents. The Supreme Court ruled for Wong, finding that citizenship by birth within the U.S. was guaranteed under the Fourteenth Amendment.

But this was not an automatic win for AAPIs. While the Supreme Court ruled for Wong, it was likely not out of deep concern for the implications for Chinese Americans, but more for the broader implications for children of European immigrants. As the majority opinion stated, “[t]o hold that the Fourteenth Amendment of the Constitution excludes from citizenship the children born in the United States of citizens or subjects of other countries, would be to deny citizenship to thousands of persons of English, Scotch, Irish, German, or other European parentage, who have always been considered and treated as citizens of the United States.”

More disturbingly, two justices on the Supreme Court dissented, ignoring established legal precedent holding to the contrary.  Prejudice against immigrants, particularly Chinese immigrants, permeated the dissent, which questioned the ties of children of immigrant Chinese parents to the United States, stating, “They seem in the United States to have remained pilgrims and sojourners as all their fathers were.” The dissent, clearly influenced by their own patriarchal views, went on to conclude that  “[t]he place of birth produces no change in the rule that children follow the condition of their fathers…’nationality is in its essence dependent on descent.’”

Wong Kim Ark’s case both reminds us why courts matter and why judges must be fair, impartial, and qualified. The courts and judges sitting on those courts hold a remarkable amount of power in determining the rights of individuals, particularly those who are targeted and marginalized. As a result, it is vital that courts uphold the laws and fundamental rights of individuals without political influence or bias. Amid the anti-immigrant and anti-Chinese sentiment that paved the way for the Chinese Exclusion Act, the Supreme Court did not let this bias affect its duty to uphold the law and Wong’s constitutional rights–and as a result, the Fourteenth Amendment and birthright citizenship prevailed.

Today, at a time when xenophobia and racism fuel government policies that undermine our most basic and fundamental rights, and biased and unqualified judges are being nominated to our highest courts, the lessons of Wong Kim Ark’s case hold immense weight.

Over a century after Wong Kim Ark’s detainment in San Francisco Bay, Ali Khoshbakhti Vayeghan, an Iranian man, was on his way from Tehran to Los Angeles to visit his son and wife in Indiana. He had not seen his son in 12 years and had been away from his wife for four months. Vayeghan had planned on meeting his niece and other family in Los Angeles and then traveling on to Indiana from there. However, due to President Trump’s Muslim Ban, Vayeghan was stopped and held at Los Angeles International Airport before being deported to Iran. The U.S. government promptly forced Vayeghan to board a flight to Dubai, despite having a valid visa to be in the U.S.

Vayeghan petitioned the courts to release him. U.S. District Court Judge Dolly Maizie Gee, the first Chinese-American woman to serve as a federal judge, granted a temporary restraining order and required that Vayeghan be transported back to the U.S. from Dubai. Judge Gee held that Vayeghan had a strong likelihood of success in establishing that his removal violated federal law and his constitutional rights.

Just as in Wong Kim Ark’s case, Vayeghan’s case illustrates just how much is at stake and how crucial a role judges, like Judge Gee, continue to play in upholding our constitutional and fundamental rights and ensuring that our laws provide equal protection to all.  Cases like Vayeghan’s–where families are being kept apart across oceans and individuals’ rights are being denied based on the color of their skin–are why we at NAPAWF are working to oppose judicial nominees whose records show that they will not uphold our rights. Our rights, our lives and our communities are at stake.  So as we honor the contributions of AAPIs this month, we also honor heroes like Wong Kim Ark. His fight is still our fight today.