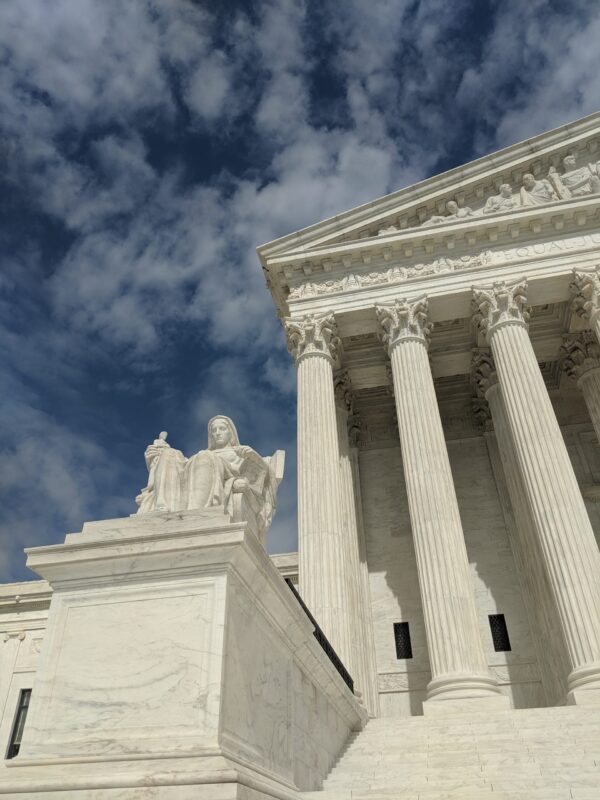 Despite bipartisan praise for Judge Garland, Republicans in the Senate refused to consider and act on his nomination. Instead, the Republican Senate Majority Leader Mitch McConnell went public within hours of Justice Scalia’s death with a statement that no nominee would be considered for the seat until after the presidential election. On January 3, 2017, pursuant to Senate rules, Judge Garland’s nomination was returned to the President. And, on February 1, 2017, President Donald Trump nominated Neil Gorsuch, a judge on the United States Court of Appeals for the Tenth Circuit, to fill the vacant seat on the Supreme Court.

Alliance for Justice has reviewed an extensive portion of Judge Gorsuch’s record—most notably cases, but also writings from the period before he joined the Tenth Circuit as well as during his tenure as a judge. The report focuses primarily, although not exclusively, on cases that split the court.1 We have not, however, reviewed decisions he made while serving at the Department of Justice; papers from this period of his career have not been made public.

Following this introduction, Part II of the report provides a brief biography of Judge Gorsuch.

Part III provides an overview of Judge Gorsuch’s record and explains key findings. The overall conclusion of this section is that Judge Gorsuch has, throughout his life, been driven by an ultraconservative ideology. This ideology is marked by four themes: (1) hostility toward social and legal progress over the last century; (2) willingness to downplay abuses of constitutional rights by government actors; (3) aggrandizement of corporations over individuals; and (4) skepticism of the federal government’s role in protecting the health and safety of the American people and a desire to weaken important legal protections. His record demonstrates that Judge Gorsuch is driven by this ideology; he is not an unbiased judge, who decides cases on the facts and law, as opposed to his own personal views.

of favoring corporations and special interests has resulted in his approval of corporate personhood and rulings against workers trying to enforce laws that ensure safe working conditions, fair wages, and equal opportunities. Moreover, his rulings have made it harder for consumers to seek redress for injuries. Second, Judge Gorsuch has demonstrated hostility toward women’s rights. He has questioned the principles underlying the constitutionally protected right of women to decide whether to have an abortion. And, as a judge, he has consistently ruled to make it harder for women to access basic contraceptive health services. Third, Judge Gorsuch has repeatedly failed to give proper effect to essential protections for people of color, persons with disabilities, and LGBTQ Americans. Fourth, Judge Gorsuch’s rulings have frequently been adverse to immigrants’ rights. Fifth, on key First Amendment issues, Judge Gorsuch has argued for a stronger link between political speech and money in politics, and he has advocated for a greater role for religion in government. Sixth, Judge Gorsuch has turned away challenges from environmental groups seeking to protect natural resources and public land, while issuing rulings that favor corporations. Finally, in the area of criminal justice, Judge Gorsuch has a troubling record of failing to enforce important constitutional protections.

It is important to note the unique circumstances surrounding Judge Gorsuch’s nomination. Even before making his nomination to the Court, President Trump made certain guarantees regarding his selection. First, unlike past presidents who sought advice from numerous persons and groups, but did not outsource the selection process itself, Trump promised that his judicial nominees would “all be picked by the Federalist Society.” He said that he had turned to the “Federalist people” and the Heritage Foundation to assemble a list of 21 potential nominees, which included Judge Gorsuch. Trump also promised to nominate a justice who would “automatically” overturn Roe v. Wade, and he made clear that “evangelicals, Christians will love my pick and will be represented very fairly.”

Moreover, even before Judge Gorsuch was nominated, the President attacked the independence of the judiciary, attacks that have only increased. During the campaign, then-candidate Trump attacked federal judge Gonzalo Curiel, claiming he could not be unbiased in a case involving Trump University because Judge Curiel was of “Mexican heritage.” With respect to Judge Curiel, President Trump called him a “disgrace” and said that he was presiding over “a rigged system.”

Just two days before he nominated Judge Gorsuch, President Trump fired Acting Attorney General Sally Yates because she had reached the independent conclusion that the President’s executive order on travel and immigration could not be defended in court (a decision confirmed by a unanimous panel of the Ninth Circuit).

And, after Judge Gorsuch was nominated, the President’s attacks on the judiciary continued. On February 4, 2017, President Trump attacked and insulted federal Judge James Robart, a George W. Bush appointee. The President called him a “so-called judge” after Robart issued a temporary restraining order against Trump’s executive order barring people from seven predominantly Muslim countries from coming to the United States. President Trump wrote that he “[j]ust cannot believe a judge would put our country in such peril. If something happens blame him and court system.” After the Ninth Circuit heard an appeal in the case, he wrote “I don’t ever want to call a court biased. . . . And we haven’t had a decision yet. But courts seem to be so political and it would be so great for our justice system if they would be able to read a statement and do what’s right.” He added, “[i]f the U.S. does not win this case as it so obviously should, we can never have the security and safety to which we are entitled.” And, on February 11, 2017, he wrote “our legal system is broken.”

These comments and actions by the President raise the bar for lawmakers charged with evaluating the Gorsuch nomination. Judge Gorsuch has been nominated by a person who has expressed contempt for our legal system; a system he has called “broken.” Given the fact that the President has made repeated promises about how his nominee would rule on the Court and has attacked the judicial branch of government, including on occasions when it simply performed its duty to enforce the Constitution, it is particularly critical that the Senate closely scrutinize President Trump’s nominee: a nominee who will, if confirmed, have a lifetime seat on the Supreme Court. Under such circumstances, the Senate’s normal customs for evaluating a nominee are insufficient. The Senate must apply heightened scrutiny to Judge Gorsuch’s record to ensure that he will be an independent and unbiased jurist.

As these cases—and countless others— demonstrate, a justice has the awesome power to interpret our laws and to influence the lives of all Americans. This report seeks to provide a comprehensive review of Judge Gorsuch’s record in order to better understand who he would be as a justice.