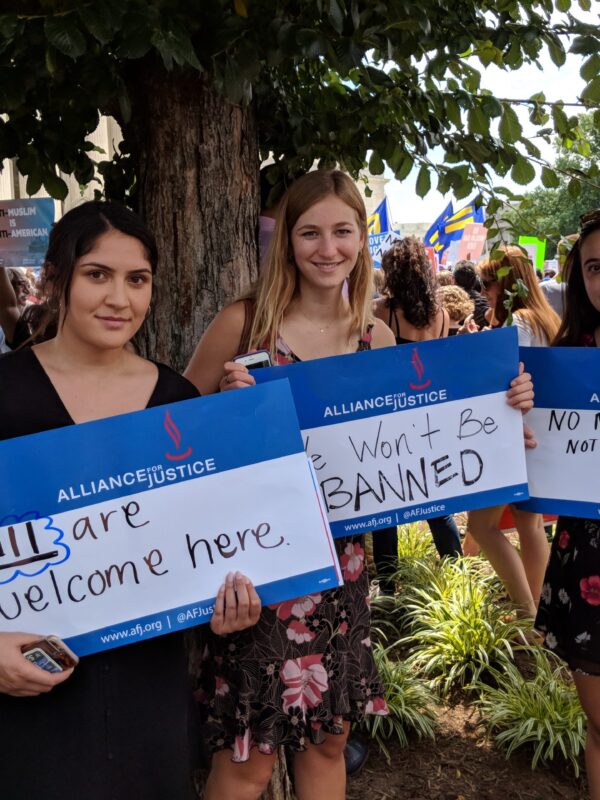 Allison Eid (Tenth Circuit), while on the Colorado Supreme Court, supported the use of taxpayer dollars to pay for vouchers to private religious schools. Eid also advocated for exempting religiously-affiliated retirement homes from paying taxes.

Ralph Erickson (Eighth Circuit), as a district court judge, ruled against plaintiffs who argued that the display and taxpayer-funded upkeep of a monument of the Ten Commandments on city property violated the Establishment Clause.

Neil Gorsuch (Supreme Court), while on the Tenth Circuit, in cases like Hobby Lobby Stores Inc. v. Sebelius and Little Sisters of the Poor v. Burwell, took an expansive view of the religious liberty of persons and corporations, even when those religious beliefs curtail the rights of other Americans. He was extremely permissive in permitting religiously oriented public displays and installations. He repeatedly criticized the “reasonable observer” test for Establishment Clause cases as too likely to find impermissible endorsements of religion by the government.

Steven Grasz (Eighth Circuit), while serving in the Nebraska Department of Justice, petitioned the Nebraska State Board of Education to teach evolution as a theory and not “objective fact.” Grasz argued that teaching evolution as fact could interfere with religious rights. Grasz has advocated for religion-specific, student-led prayers before school baccalaureate ceremonies and sports events.

Steven Menashi (Second Circuit) called the president of People for the American Way “hysterical” because of his opposition to state funding of religious schools.

Allison Rushing (Fourth Circuit) coauthored an article with Alliance Defending Freedom’s Senior Counsel Jordan Lorence, titled “Nothing to Stand On: ‘Offended Observers’” and the Ten Commandments. The Rushing-Lorence article criticizes and demeans those who seek to enforce the Establishment Clause.

Don Willett (Fifth Circuit), while working in then-President George W. Bush’s administration, was the Director of Law & Policy for the White House Office of Faith-Based and Community Initiatives. Willett laments that prior to the Bush administration, government officials “routinely tilted the playing field against religious groups . . . [b]ecause they stubbornly misperceive the requirements of the First Amendment and have failed to bring their stale policies in line with recent U.S. Supreme Court rulings that have cooled church-state hostility by supplanting rigid separationism with what the Church has called ‘guarantee of neutrality.’” Overall, Willett believes that “[t]he American people, for their part, want religion in the public square.”