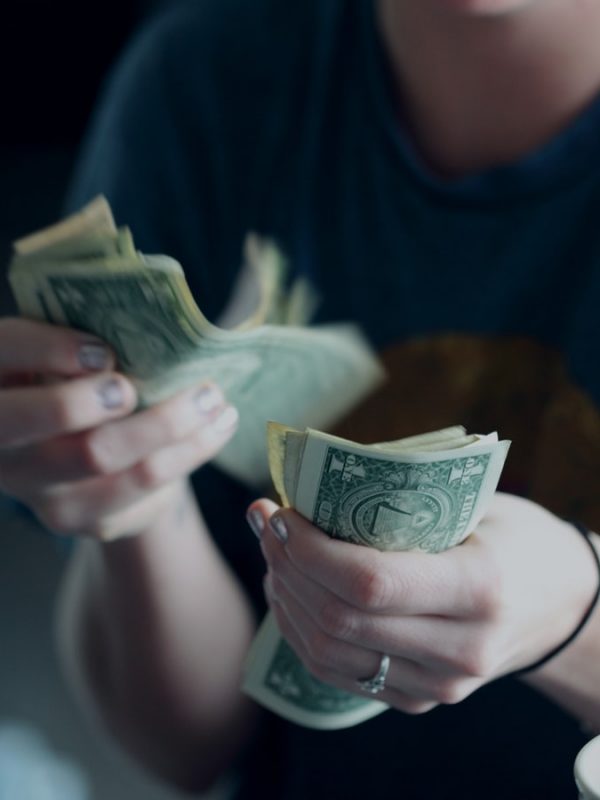 Andrew Brasher (Middle District of Alabama; Eleventh Circuit) has repeatedly opposed the right of individuals to band together to hold corporations accountable and joined a challenge to the constitutionality of the Dodd-Frank Act.

Michael Brennan (Seventh Circuit) criticized the Wisconsin Supreme Court for invalidating a cap on non-economic damages in medical malpractice claims. The ruling came in a case in which a doctor’s negligence injured an infant during birth and left him partially paralyzed with a deformed right arm. In the case, damages would have been capped at only half of what the jury awarded the boy.

Daniel Bress (Ninth Circuit) repeatedly opposed the right of people to band together in class action lawsuits to hold corporations accountable. He defended many corporations against class actions, including a corporation that allegedly deceived plaintiffs in an asbestos injury case and misled them into settlements by lying about the facts.

Jeffrey Brown (Southern District of Texas) as a state court judge barred a lawsuit brought by a former Navy officer who developed mesothelioma from asbestos products. He has also delivered several speeches to organizations that fight to keep Americans from holding corporations accountable.

Allison Eid (Tenth Circuit) praised efforts to limit the ability of aggrieved individuals to bring lawsuits and recover damages. She also has argued in favor of making it more difficult for individuals to join together in class action lawsuits to hold corporations accountable. Eid participated in numerous tort cases on the Colorado Supreme Court, consistently ruling in favor of protecting corporations and limiting recovery for harmed plaintiffs.

Neil Gorsuch (Supreme Court) argued that securities fraud class actions should be more difficult to achieve. He has criticized civil discovery. Gorsuch, while on the Tenth Circuit, held that a medical device company is immune from liability for harm caused by its product when it sells that product for a use that has never been approved by the FDA and never found to be safe and effective. Judge Gorsuch also held that the Consumer Product Safety Commission could not ensure children are safe from certain toys.

Gregory G. Katsas (D.C. Circuit) supported the Court’s decision in Wal-mart v. Dukes, which refused to certify a nationwide class of female Walmart employees who had alleged sex discrimination. He described it as a “nice win for business.” He has also supported heightened pleading standards.

Brett Kavanaugh (Supreme Court), while on the D.C. Circuit, argued the Consumer Financial Protection Bureau is Kavanaugh sided against the FCC’s net neutrality rule. When a consumer group fought for stricter tire safety standards, Kavanaugh ruled against them.

Barbara Lagoa (Eleventh Circuit) as a state court judge made it harder for homeowners to defend themselves against banks that were improperly trying to foreclose upon their homes by denying them the right to attorney’s fees. In another case, she sided with a bank and reversed a decision that had found a foreclosure claim was barred by the statute of limitations; overturning what the dissent noted was “almost eighty years of well-established Florida jurisprudence.”

Kenneth Lee (Ninth Circuit) represented corporate interests and criticized those who sought to vindicate their rights using class-action lawsuits. In his writings, he supported making it more difficult to hold corporations accountable when they act illegally and harm the American people.

Robert Luck (Eleventh Circuit), as a state court judge, made it harder for homeowners to defend themselves against banks that were improperly trying to foreclose on their homes by denying them the right to attorney’s fees. Luck also reversed a lower court’s decision that had denied a cellphone provider’s effort to force a consumer into arbitration. In another instance, Luck reinstated a verdict for a tobacco company in a wrongful death case after a lower court judge had found that a new trial was warranted.

Steven Menashi (Second Circuit) expressed strong negative opinions regarding attorneys who represent consumers. He attacked lawyers who advocate for the elderly: “there[s] a whole discipline of ‘elder law’ devoted to these tricks,” referring to efforts to ensure people who are eligible for Medicaid can receive the benefits to which they are entitled. He supported efforts to cap recovery for those injured as a result of medical malpractice and, as a lawyer, fought the ability of victims of negligence by drug companies to seek full accountability. He also opposed a D.C. Circuit decision upholding the FCC’s net neutrality rules.

Eric Miller (Ninth Circuit) criticized a court decision that held that manufacturers of complex surgical devices have a duty to warn hospitals that perform surgeries with those devices about their potential dangers. He supported making it harder for those wronged by corporations to band together in class actions. On behalf of the Chamber of Commerce, Miller filed an amicus brief arguing an out-of-state victim of deceptive debt collection practices should not have the ability to sue under Washington state law.

Mark Norris (Western District of Tennessee) championed legislation which limited the amount an injured plaintiff could recover for noneconomic damages and capped punitive damages in all civil cases while preventing punitive damages in most product liability actions. The act also prohibits lawsuits under the Tennessee Consumer Protection Act (TCPA) for securities fraud, prohibits consumer-class action lawsuits, and prohibits lawsuits filed under the TCPA by individuals.

Andrew Oldham (Fifth Circuit) has questioned the legitimacy of all federal regulations, which would include consumer protections.

Halil Ozerden (Nominated to Fifth Circuit) as a district court judge prevented a child’s mother from suing a football helmet manufacturer when the ninth grader became partially paralyzed after making a tackle in a football scrimmage while wearing the manufacturer’s helmet. The Fifth Circuit overturned Ozerden’s decision.

Michael Park (Second Circuit), on behalf of the Chamber of Commerce, fought FTC enforcement action against LabMD, a medical-testing laboratory, after the company’s inadequate data security practices allowed sensitive private medical and financial data for 9,300 patients to be exposed to millions of internet users and downloaded.

David Stras (Eighth Circuit) as state court judge sided with an insurance company over an injured child who had brought suit seeking to recover damages from a school bus accident.

Don Willett (Fifth Circuit), while on the Texas Supreme Court, ruled for consumers in only 19 percent of cases he heard while on the court, making him the lowest scoring among the six Texas Supreme Court justices who were evaluated in a study. Moreover, in a 2016 report, the Center for American Progress found that Willett “voted for corporate defendants more than 70 percent of the time.”