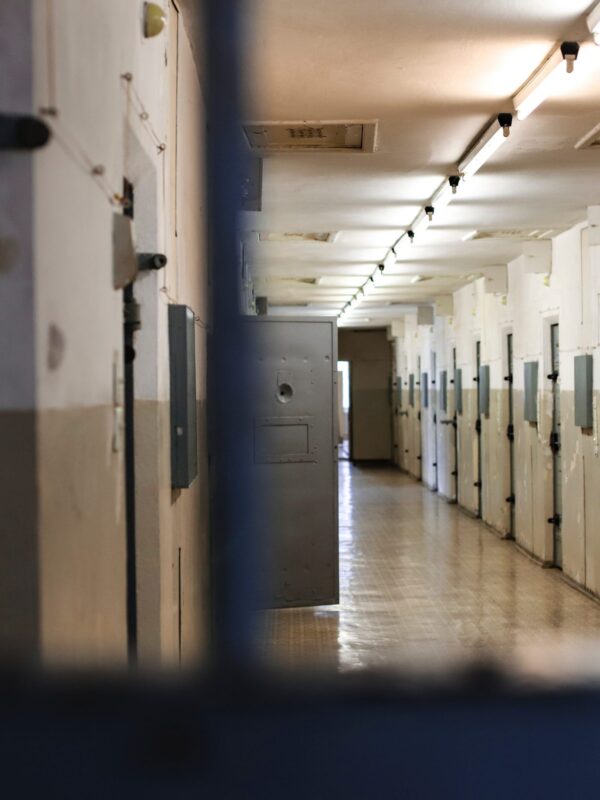 J. Campbell Barker (Eastern District of Texas) attempted to retry a person kept in prisons unconstitutionally for 32 years after his conviction was overturned. Barker also represented Texas in an attempt to execute an African-American defendant after a psychologist testified at trial that the defendant’s race made him statistically more likely to commit a violent crime.

Mark Bennett (Ninth Circuit) criticized the Hawaii Supreme Court for being too pro-defendant. Bennett also supported reviving “Walk and Talk” programs at airports, which permitted officers to “question and possibly search suspicious-looking passengers with their consent[,]” a practice that was declared unconstitutional by the Hawaii Supreme Court. He also supported a bill that would eliminate the legal requirement that police knock and announce themselves before breaking down a door.

Stephanos Bibas (Third Circuit) has advocated for compelling prisoners to join the military and other deeply troubling forms of criminal sanctions. He has minimized racial disparities in the criminal justice system and stated that drug addiction was not a disease but rather something that people could choose to overcome. Moreover, he has questioned the propriety of the Miranda doctrine and argued against robust habeas corpus protections. As a federal prosecutor, he brought charges against a cashier at a veterans’ hospital cafeteria for allegedly stealing $7, and he lost the case when the cashier was acquitted.

Michael Brennan (Seventh Circuit) questioned the Exclusionary Rule, which prevents evidence obtained in violation of a defendant’s constitutional rights from being admitted in court. Brennan also served as staff counsel to the committee that wrote and implemented Wisconsin’s harsh Truth-in-Sentencing law in 1998. Moreover, while Brennan was serving as a state trial court judge, the (Madison, Wisconsin) Capital Times noted that “Brennan was the judge who presided over one of the most blatant demonstrations of racial inequality in justice in Milwaukee County” in a case in which four young African-American men were heavily sentenced for a prank that involved letting the air out of vehicle tires.

Jeffrey Brown (Southern District of Texas) as a state court judge ruled that a prosecutor could comment in court about a criminal defendant’s silence in response to police questioning, holding it did not violate the right against self-incrimination. He also wrote an opinion allowing evidence found after an illegal police seizure to be introduced at a civil forfeiture proceeding.

Kyle Duncan (Fifth Circuit) challenged the retroactive application of Miller v. Alabama, which held that mandatory life sentences without the possibility of parole were unconstitutional for juveniles. Duncan also defended inhumane conditions in prisons, arguing that severe overcrowding in jails did not violate the Eighth Amendment.

Allison Eid (Tenth Circuit), while on the Colorado Supreme Court, consistently ruled against the rights of criminal defendants and the accused. For example, she disagreed with the majority of the Colorado Supreme Court when it ruled to suppress evidence police officers obtained after brutally beating a man, breaking several bones in his face and hitting him repeatedly with a metal baton, when he said he didn’t want to answer the officers’ questions. She also argued Miller v. Alabama, which held that juvenile offenders could not be sentenced to life without the possibility of parole, should not have been applied retroactively.

Kurt Engelhardt (Fifth Circuit), while a district court judge, overturned the convictions of New Orleans police officers who had been convicted of shooting unarmed civilians on the Danziger Bridge, days after Hurricane Katrina, because Justice Department officials had anonymously posted online comments about the case. In contrast, in Truvia v. Julian, Engelhardt dismissed a civil rights lawsuit brought against the Orleans Parish District Attorney despite the DA’s Office’s repeated failure, over decades, to turn over possibly exculpatory evidence to those accused of a crime (as required by the Supreme Court in United States v. Brady) in a case involving two men who had been wrongfully incarcerated for 27 years.

Neil Gorsuch (Supreme Court), while on the Tenth Circuit, consistently enabled constitutionally problematic convictions to stand. He held that a police officer was entitled to qualified immunity from an excessive force claim arising from his use of a stun gun that killed a young man. He also held that officers had not used excessive force against a Vietnam War veteran who was suicidal when they burst into his hotel room unannounced with guns drawn and ended up shooting him. He has displayed disregard for the rights of people who are incarcerated by restricting inmates’ ability to join together as a class to vindicate their rights.

Gregory Katsas (D.C. Circuit) spoke approvingly of Justice Clarence Thomas’s dissent in Dawson v. Delaware, where Thomas was the sole dissenter from an opinion that barred the state from introducing bad-character evidence at trial that had no relevance to the case; Thomas’s dissent in Hudson v. McMillan, where the Court held that prison guards using excessive force against prisoners constitutes cruel and unusual punishment; and Thomas’s dissent in Foucha v. Louisiana, where the Court held that a person found not guilty by reason of insanity cannot be held indefinitely on the grounds of “potential dangerousness” once no mental illness is present.

Brett Kavanaugh (Supreme Court), while on the D.C. Circuit, ruled for the police in a case of stop-and-frisk, when police officers stopped an African-American man who vaguely matched the description of an armed robber, searched him without his consent and discovered a weapon. When the case was reheard later by the full D.C. Circuit, Kavanaugh’s ruling was overturned. Kavanaugh also spoke favorably about former Chief Justice William Rehnquist’s narrow view of the exclusionary rule.

Mark Norris (Western District of Tennessee), claimed that feeding prisoners three meals a day was “wasting” nearly a million dollars per year. Norris claims responsibility for changing the law so that “it’s cooked dried beans for prisoners and a million dollars for you!”

Halil Ozerden (Nominated to Fifth Circuit), as a district court judge, imposed unexplained and irrelevant special conditions of drug and alcohol testing and treatment for a defendant’s supervised release, conditions which were overturned on appeal. He also prevented a victim from bringing most of his claims to trial after a prison guard allegedly sexually assaulted him and his cellmate. In another case, he held that a police officer who fired six shots and killed a man fleeing on an ATV was entitled to qualified immunity protecting him from legal action.

William McCrary Ray II (Northern District of Georgia) opposed a bill that would have “prohibit[ed] police from using race or ethnicity as the basis for a traffic stop.” He opposed a hate crime bill that would have authorized longer sentences and stiffer fines for people convicted of committing “an offense because of bias or prejudice.”

Lee Rudofsky (Eastern District of Arkansas) joined prison payphone providers in challenging a Federal Communications Commission rule capping rates on phone calls from prisons, which can reach as high as $10 per minute. He also filed two briefs arguing that minors sentenced to life imprisonment without possibility of parole as juveniles should continue to serve for life without eligibility for parole, despite precedent and state law that suggested otherwise.

Amy St. Eve (Seventh Circuit), while a district court judge, dismissed claims in which an incarcerated individual brought an action alleging that a county jail had subjected him to inhumane working and living conditions, including “inadequate food … and contaminated water.”

David Stras (Eighth Circuit) as a state court judge dissented in a case that held that trial judges had the ability in a rape case to allow expert testimony that contradicted the defendant’s claim of consensual sex.

Amul Thapar (Sixth Circuit), while a district court judge, dismissed a case involving a pretrial detainee who died when the jail’s nurse, who knew about his illness, did not provide him with diabetic medication or emergency room care. Thapar’s ruling was overturned on appeal. He also ruled that federal courts cannot reduce a person’s sentence for time already served in a state prison, if the person has served that time while waiting for sentencing on the same charges. His ruling would have extended and maximized prison time for incarcerated people. The Supreme Court, in an opinion written by the late Justice Antonin Scalia, disagreed, and Thapar’s decision was vacated.

Michael Truncale (Eastern District of Texas) warned that, if Trump lost, “Liberals/progressives will also attempt to create new ‘rights’ on everything from receiving welfare payments to a prohibition on racial disparities in criminal justice outcomes.”

Wendy Vitter (Eastern District of Louisiana) faced scrutiny over her time as a prosecutor because the department she worked in, and had a leadership position in, was marred by serious allegations of prosecutorial misconduct. These violations centered on what the Supreme Court later classified as “blatant and repeated” violations of the Brady disclosure rule.