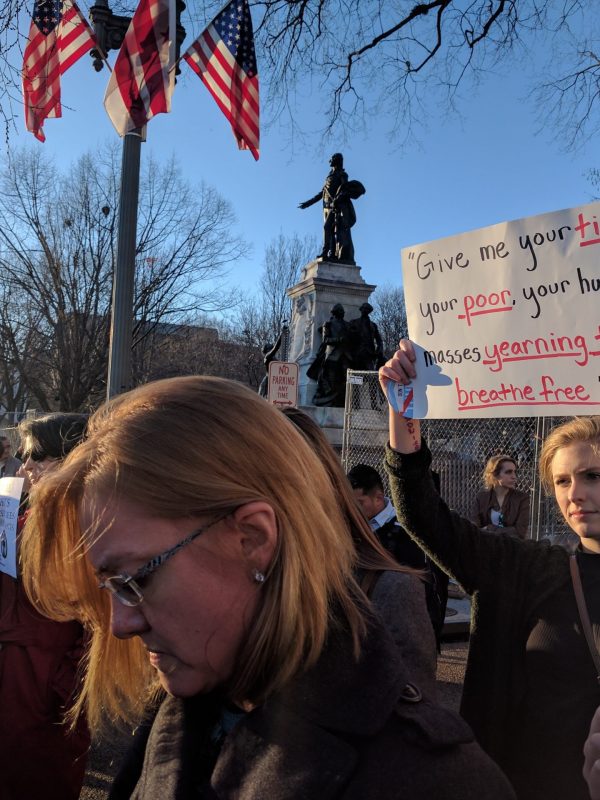 Trump judges and nominees who have fought protections for immigrants

J. Campbell Barker (Eastern District of Texas) has fought to end legal protections for Dreamers, under Deferred Action for Childhood Arrivals (DACA) and the parents of Dreamers, under Deferred Action for Parents of Americans (DAPA). He also supported Trump’s discriminatory Muslim Ban and Texas’s attempts to punish cities for refusing to discriminate against their citizens in policing.

Andrew Brasher (Eleventh Circuit) defended an Alabama law that required public schools to check the citizenship status of new students, and made it a illegal for undocumented immigrants to pursue work.

Jeffrey Brown (Southern District of Texas) joined an opinion drastically curtailing the right of a criminal defendant to be informed by counsel if there is a risk that they could be deported as a result of pleading guilty to a crime. The United States Supreme Court later held in Padilla v. Kentucky that, under the Sixth Amendment, criminal defendants were entitled to notice about the potential for deportation. Following this decision, Brown joined a majority holding that Padilla did not apply retroactively to a defendant who was convicted before the Supreme Court issued its ruling.

Kyle Duncan (Fifth Circuit) fought against DAPA and DACA. He also participated as counsel for amicus curiae in Padilla v. Kentucky, 130 S.Ct. 1473 (2010) where he argued against basic civil rights for immigrants and their right to receive informed and adequate counsel regarding the consequences of a plea deal.

Brett Kavanaugh (Supreme Court), while on the D.C. Circuit, held that a 16-year-old immigrant who was detained by Immigration and Customs Enforcement (ICE) did not have the right to an abortion – even after completing statutory requirements. Kavanaugh also sided with a corporation in Agri Processor Co. v. NLRB, 514 F.3d 1 (2008) arguing that undocumented immigrant workers could not be counted as employees for union organizing purposes since they were not “employees” under labor law.

Jonathan Kobes (Eighth Circuit) made a series of offensive comments about the impacts of immigration on his community in South Dakota during an interview. Among other things, he complained that “we have a Hispanic community here in Sioux Falls and we also have a growing African community. And there are social issues associated with that. So some of it is unfair fear, but some of it is just legitimate.”

Kenneth Lee (Ninth Circuit) complained that President George W. Bush’s plan to allow undocumented immigrants to work legally within the U.S. “places illegal aliens on the same plane with legal immigrants as seekers of opportunity…By describing illegal immigrants as ‘hard-working men and women’ who are pursuing ‘better lives,’ [Bush] blurs the distinction between illegals and those who came to America following the rules.”

David Morales (Southern District of Texas) argued that states’s should have broad authority to deprive undocumented immigrants of certain privileges, including the right to drive a car.

Mark Norris (Western District of Tennessee) tried to block refugees settling in Tennessee, used xenophobic and anti-Muslim advertisements to campaign against refugee resettlement, advocated for English-only driver’s tests to exclude immigrants from driving, and introduced a bill to add years to a criminal sentence if the defendant was an unauthorized immigrant at the time of the offense.

Andrew Oldham (Fifth Circuit) was the architect of Texas’s legal strategy to halt DACA and DAPA.

Michael Park (Second Circuit) on behalf of the Project on Fair Representation, is defending the Trump Administration’s effort to insert a citizenship question into the 2020 census. Park also filed an amicus brief in support of the Justice Department’s requirement that cities share information with federal immigration officials in order to receive federal grant funds.

Chad Readler (Sixth Circuit), as the former acting head of the Civil Division at the Department of Justice, was a chief legal defender of President Trump’s assault on immigrants. Readler defended the policy of separating immigrant children from their parents at the border. Readler also defended the decision to detain immigrant children for an indefinite amount of time. Additionally, he defended Trump’s Muslim Ban, supported ending DACA, and threatened to cut federal funding for local jurisdictions that were so-called “sanctuary” jurisdictions.

Lee Rudofsky (Eastern District of Arkansas) was part of the Attorney General of Arkansas’s team that signed on to briefs opposing protections for immigrants, including in U.S. v. Texas, which involved the expansion of the DACA program and the Deferred Action for Parental Accountability (DAPA) program. He also signed an amicus brief in County of Santa Clara v. Trump, supporting Trump’s attacks on immigrants by specifically preventing local governments from protecting immigrant communities.

Brantley Starr (Northern District of Texas) defended President Trump’s Muslim Ban, claiming it “was a facially neutral order” that “did not discriminate.” He also fought to eliminate protections for Dreamers, arguing in Texas v. United States that DACA was unconstitutional. Starr defended a law that would have “allow[ed] local law enforcement to ask legally detained people about their immigration status and punish law enforcement officials if they don’t cooperate with federal  requests to hold undocumented immigrants they detain— whether or not they actually committed a crime.” And he strongly supported criminalizing undocumented immigration under state laws.

Michael Truncale (Eastern District of Texas), fearmongering about the Mexican border, said, “We have all sort of bad influences coming in. We have drugs. We have illegal gangs. There is the possibility of bombs.”

Wendy Vitter (Eastern District of Louisiana) opposed the resettlement of Syrian refugees in the United States.