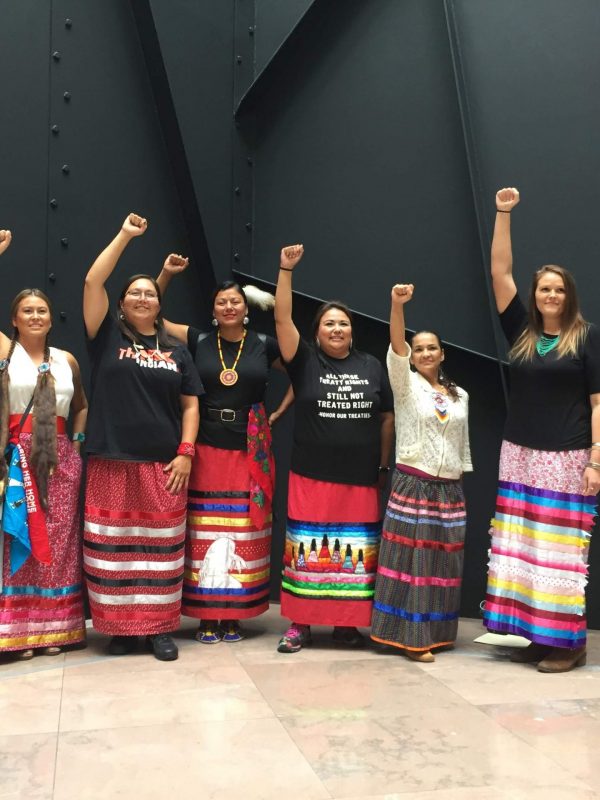 Trump judges and nominees who have fought fairness, equality, and opportunity for Native Americans

Brett Kavanaugh (Supreme Court), while on the D.C. Circuit, exhibited a lack of understanding of tribal rights and Native American history in past writings on the topic. He wrote an amicus brief supporting a challenge to the Hawaiian Constitution, which Native rights activists argue misclassified tribes as racial minorities instead of sovereign nations protected by the Constitution.

Kenneth Lee (Ninth Circuit), in his twenties, mocked the “politically correct clique” for criticizing professional sports teams that use offensive Native American caricatures and stereotypes in their mascots and cheers.

Steven Menashi (Second Circuit), while in college, defended the Dartmouth College football cheer, “Wah-Hoo-Wah! Scalp ‘Em,” and dismissed the idea that it proceeded “from a racist belief in the inferiority of American Indians.”

Eric Miller (Ninth Circuit) has a lengthy and disturbing record on Native issues, leading to opposition to his nomination from the National Congress of American Indians (NCAI) and the Native American Rights Fund (NARF). This is one of only a small handful of times in NCAI’s history that they have formally opposed a judicial nomination.

Michael Park (Second Circuit) worked on two briefs in Sturgeon v. Frost, advocating for a position that could lead to the elimination of federal protection of subsistence fishing rights for Alaska Natives.

Lawrence VanDyke (Ninth Circuit) argued that Agua Caliente Tribe did not have a federally-reserved right to the groundwater under their reservation.