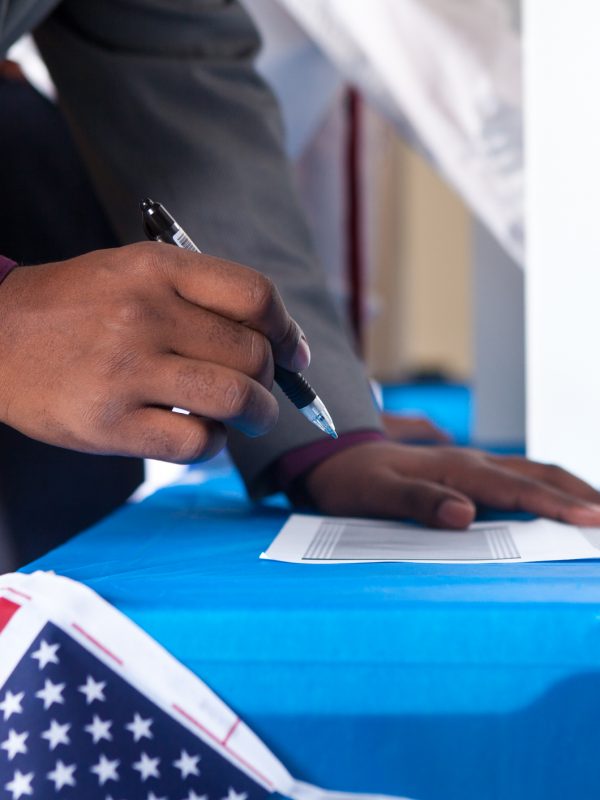 Trump judges and nominees who have fought to make it easier for states to suppress the vote, gerrymander, and dilute minority votes

Andrew Brasher (Middle District of Alabama; Eleventh Circuit) filed an amicus brief in Shelby County v. Holder that supported eroding the Voting Rights Act. He also defended Alabama’s felon anti-voter law that, according to one study, disenfranchises over 286,000 Alabamians, and supported an Arizona law, rejected by the Supreme Court, requiring voters to show proof of citizenship before voting. Brasher has a history of defending unconstitutional racial gerrymanders in Alabama and in Virginia. He wrote in his personal capacity criticizing the Supreme Court’s efforts to correct racial gerrymanders.

Allison Eid (Tenth Circuit) praised Bush v. Gore and criticized Baker v. Carr and Reynolds v. Sims. Eid was the sole dissenter when the Colorado Supreme Court upheld a court-imposed redistricting plan. She was the only judge who sided with Republicans who advocated for less competitive districts.

Neil Gorsuch (Supreme Court), while on the Supreme Court, joined the majority in Husted v. A. Philip Randolph Institute to allow Ohio to target infrequent voters for removal from the voter rolls and deprive them of the right to vote. He refused to hear an appeal concerning North Dakota’s efforts to make it harder for Native Americans to vote. In Abbott v. Perez, he rejected a challenge to Texas’s racially discriminatory redistricting. In Abbott, Gorsuch joined Justice Thomas’s concurrence saying that the Voting Rights Act “does not apply to redistricting,” despite numerous cases holding otherwise. Without briefing or argument, Gorsuch would have eviscerated the Voting Rights Act’s protections against racial discrimination.

Brett Kavanaugh (Supreme Court), while on the D.C. Circuit, upheld a South Carolina voter ID law that the Justice Department argued disenfranchised tens of thousands of people of color. In contrast to two of his colleagues, he also declined to endorse the importance of Section 5 of the Voting Rights Act, before the Shelby County decision was issued.

Kenneth Lee (Ninth Circuit) believes states should be allowed to take away voting rights for millions of men and women who have paid their debts to society and served their criminal sentences.

Mark Norris (Western District of Tennessee) was an ardent supporter of a strict voter ID law in Tennessee. Norris also pushed an amendment that required proof of citizenship to vote.

Andy Oldham (Fifth Circuit) co-authored an amicus brief for the state of Texas in Shelby County v. Holder in support of eroding the Voting Rights Act.

Brantley Starr (Northern District of Texas) defended Texas’s discriminatory voter ID law in Veasey v. Abbott and Texas’s redistricting plans, which allegedly violated the Constitution and Voting Rights Act by intentionally diluting the votes of minority communities, in Abbott v. Perez. He also falsely testified before a Texas Senate hearing that a deceased judge’s name had been found on voting rolls after his death, and wrote two letters advocating for measures that would make it more difficult for people to vote.

David Stras (Eighth Circuit), while on the Minnesota Supreme Court, joined an opinion in League of Women Voters v. Ritchie rejecting challenges to a ballot question —which, as Minnesota Supreme Court Justice Alan Page noted, was “phrased to actively deceive and mislead” —seeking to amend the state constitution to require a photo ID for voting.

Cory Wilson (Fifth Circuit) criticized the Justice Department for sending election observers to Mississippi, despite the state’s long-documented history of voter suppression. He is a strong supporter of voter ID laws and purges from voter rolls, both practices which have resulted in thousands of voters losing their rights. After the NAACP voiced its concerns over a proposed Mississippi voter ID law, Wilson said the fears were “poppycock. Unless you count the dead vote.” He’s been critical of civil rights organizations, writing in an op-ed, “With evil like this afoot, the ACLU and other rent-a-mobs naturally will join the hunt for the GOP bogeyman, by whatever means.”

Allen Winsor (Northern District of Florida), as solicitor general of Florida, defended several troubling laws, including repeated efforts in Florida to dilute the vote of persons of color and make it harder for Floridians to vote. Winsor also wrote how Florida Republicans “saw that through the process of creating majority-minority districts, African-Americans would be aggregated, even packed, into districts almost sure to elect their candidate of choice[.]” This Republican strategy, Winsor writes, required “Republicans to ‘court’ black Democrats, especially, but not exclusively, in the South[,]” and for Republicans to “‘sell’ African Americans on the idea that GOP and black political interests actually merged on the eve of legislative and congressional redistricting.”

Patrick Wyrick (Western District of Oklahoma) signed an amicus brief on behalf of Oklahoma in support of a Virginia voting law that was struck down by the Fourth Circuit. For a third-party candidate to appear on a presidential ballot in Virginia, he or she must gather a minimum number of signatures from voters. The Virginia law at issue required that every ballot signature be witnessed by a Virginia resident.