United States Court of Appeals for the District of Columbia Circuit 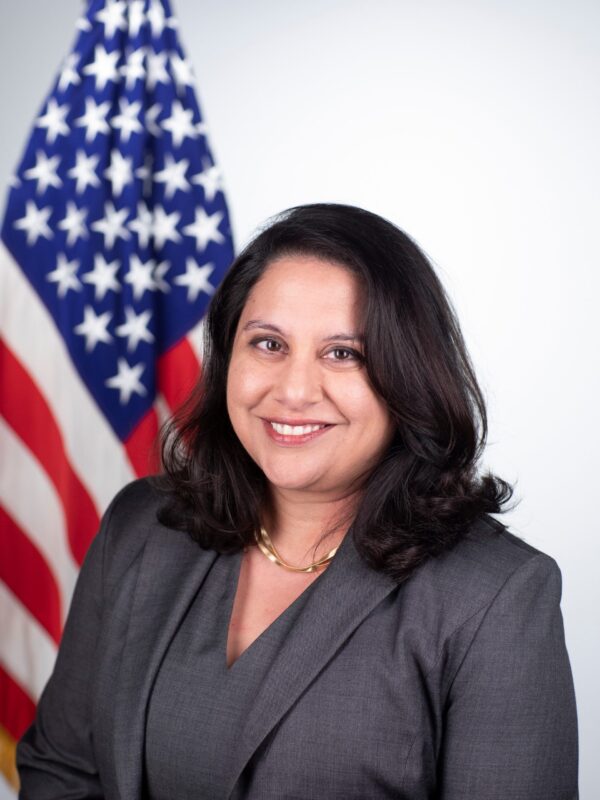 On November 14, 2018, President Trump nominated Neomi J. Rao to the D.C. Circuit Court of Appeals seat previously held by Judge Brett M. Kavanaugh. The nomination immediately sparked intense controversy, for reasons related both to Rao’s own record and the unique circumstances surrounding her nomination and this moment in history.

Rao wrote op-eds and articles that lobbed attacks at LGBTQ advocacy, racial justice, and climate.  She wrote insultingly about the speech and mannerisms of leading African-American scholars. She saved some of her harshest judgment for survivors of sexual assault, blaming survivors for being attacked.

The writings are appalling, and Rao’s supporters hastened to dismiss them as irrelevant because she was younger when she penned them. But it is impossible to dismiss the evidence that Rao, in mid-career, is determinedly translating her extreme views into policy affecting millions of Americans. What makes her nomination even more unconscionable is the fact that she has been named to fill Kavanaugh’s former seat.

Rao also shares with many other Trump judicial nominees an expansive view of presidential power and authority. At a time when President Trump may be facing legal jeopardy, it is no coincidence that his White House has shown a pattern of nominating judges with a strong likelihood of finding legal justification for abuses of executive power.

Our research finds that throughout her career, Rao has shown exceptional hostility to the rights of women, LGBTQ Americans, workers, consumers, people of color, people with disabilities, and the environment, while aligning herself with the interests of the wealthy and powerful. AFJ strongly opposes her confirmation.

AFJ has uncovered numerous writings from Neomi Rao in her twenties that discuss her views on issues from sexual assault to race. In her notes for a 2018 speech, Rao said “When I was an undergraduate at Yale, now a number of years ago, I greatly enjoyed participating in the debates of that time with my classmates . . . We engaged in public debates, in writing in various newspapers and magazines . . . Although students at Yale were disproportionately of a progressive or liberal perspective, I found that my more conservative (sometimes contrarian) perspective was often sought out and treated with respect.”

For more on Rao’s background, read these articles from BuzzFeed and Mother Jones. 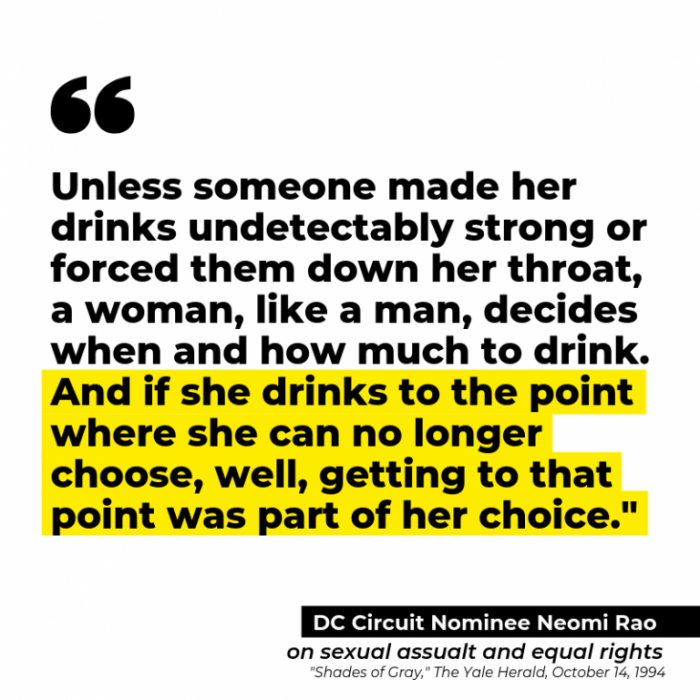 Rao: What She Said, What She’s Done

Advocates Rally Against Rao Ahead of Confirmation Vote 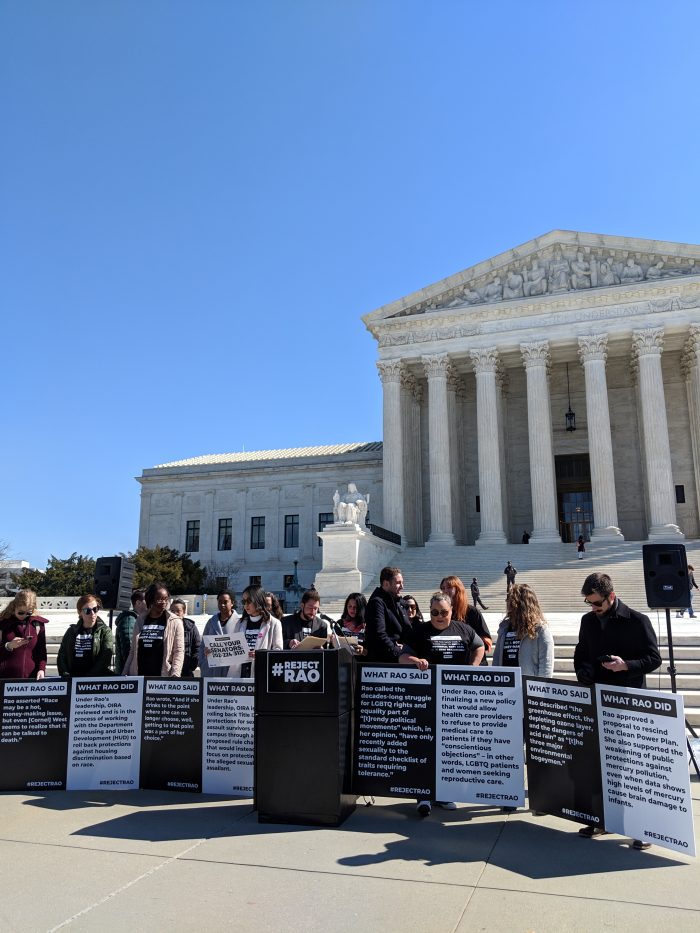 Live with AFJ: Why Senators Should #RejectRao