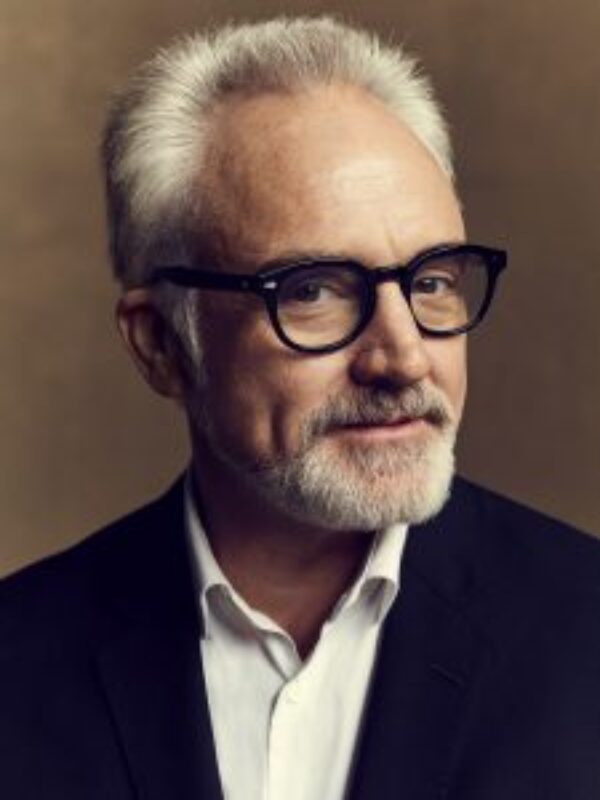 Bradley Whitford, a classically trained stage actor, quickly gained overnight fame as the sarcastic yet vulnerable, Josh Lyman, on NBC’s “The West Wing.” One of the few actors working successfully and simultaneously in theater, film and television, Whitford is one of Hollywood’s most sought-after talents.

Whitford was most recently seen in two films that were both highly recognized during this year’s awards season; Steven Spielberg’s, The Post, the true story about the Washington Post’s role in exposing the Pentagon Papers in 1971, which also stars Meryl Streep and Tom Hanks; and the critically-acclaimed Blumhouse horror-thriller, Get Out, written and directed by Jordan Peele. Both films received nominations for the Academy Awards, Golden Globes, Broadcast Film Critics’ Choice Awards, SAG Awards (Get Out) among numerous other accolades, in addition to both performing extremely well at the box office.

He is currently in production on “A Handmaid’s Tale” for which he joined the cast in Season 2. Additionally, he is set to begin production on National Geographic’s “Valley of the Boom,” a limited series about the 90’s tech bubble. Bradley recently wrapped production on films: Godzilla: King of the Monsters alongside Millie Bobby Brown, Kyle Chandler and Vera Farmiga; Todd Robinson’s political drama, The Last Full Measure, alongside Samuel L. Jackson, Sebastian Stan, Christopher Plummer and William Hurt; and the crime drama The Destroyer, alongside Sebastian Stan and Nicole Kidman. It was recently announced that Bradley, along with Adena Chawke, Amy Pascal’s Pascal Pictures and Tim and Trevor White’s Star Thrower Entertainment will produce “Mercury 13,” an event mini-series for Amazon based on Martha Ackmann’s book, The Mercury 13: The Untold Story of Thirteen American Women and the Dream of Space Flight. “Mercury 13” tells the true story of a group of women who underwent secret testing in hopes of becoming America’s first female astronauts.

Last year, he was seen in the biopic, Megan Leavey opposite Kate Mara and Edie Falco; A Happening of Monumental Proportions, the directorial debut of Judy Greer which features an all-star ensemble cast including Jennifer Garner, Allison Janney, Common, and Anders Holm in addition to two films which premiered at the 2017 Toronto International Film Festival: Three Christs, the Jon Avnet-directed adaptation of the Milton Rokeach book The Three Christs of Ypsilanti; and Unicorn Store, Brie Larson’s directorial debut based on the screenplay of the same name about a woman who moves back in with her parents and receives an invitation to a store that will test her ideas of what it really means to grow up.

In 2016, Whitford was seen in the Netflix & Vertical Entertainment independent film, Other People, written and directed by SNL writer, Chris Kelly. Whitford starred opposite Jesse Plemons, Molly Shannon, Zach Woods, and June Squib. The film won the “Grand Jury” prize at the 2016 Sundance Film Festival and earned four Independent Spirit Award nominations this year. Prior to that, he starred in HBO’s Lyndon B. Johnson biopic, All The Way, opposite Bryan Cranston. The film received numerous accolades such as three 2016 Critics’ Choice Award nominations and eight 2016 Emmy Award nominations.

Whitford’s additional film credits include Sony Pictures Classics’ Hank Williams biopic, I Saw The Light, Disney’s Saving Mr. Banks, The Cabin in the Woods, the gritty true-crime drama An American Crime, The Sisterhood of the Traveling Pants, Little Manhattan, Kate and Leopold, The Muse, Bicentennial Man, Scent of a Woman, A Perfect World, Philadelphia, The Client, My Life, Red Corner, Presumed Innocent and My Fellow Americans.

On the small screen, Whitford was seen on Amazon’s award-winning comedy series, “Transparent,” for which he won both a 2015 Primetime Emmy Award for “Outstanding Guest Actor in a Comedy Series” (and was nominated in that same category again in 2016) and a Television Critics’ Choice Award for “Best Guest Performer in a Comedy Series.”

Additional television credits include “Years of Living Dangerously,” “Chicago Justice,” “Mom,” “Better Things,” “Brooklyn Nine-Nine,” “Happyish,” “Trophy Wife,” “The Good Guys,” “Studio 60 On The Sunset Strip,” “The West Wing,” “ER,” “The X-Files” and “NYPD Blue.” His performance as Josh Lyman on “The West Wing” earned him a 2001 Emmy Award as well as Golden Globe Award nominations in 2001 and 2002.

Growing up in Wisconsin, Whitford studied theater and English literature at Wesleyan University and attended the Juilliard Theater Center. Whitford received rave reviews for his return to the stage in the production of Boeing, Boeing at the Longacre Theatre opposite Mark Rylance, Christine Baranski, Kathryn Hahn, Gina Gershon, and Mary McCormack. Whitford appeared on Broadway in Aaron Sorkin’s military courtroom drama, A Few Good Men, and his professional performance debut Theatre Club, Measure for Measure at Lincoln Center Theater, and the title role in Coriolanus at the Folger Shakespeare Theatre in Washington, D.C. was in the off-Broadway production of Curse of the Starving Class opposite Kathy Bates. Additional theater credits include Three Days of Rain at the Manhattan.