Why Courts Matter on Earth Day 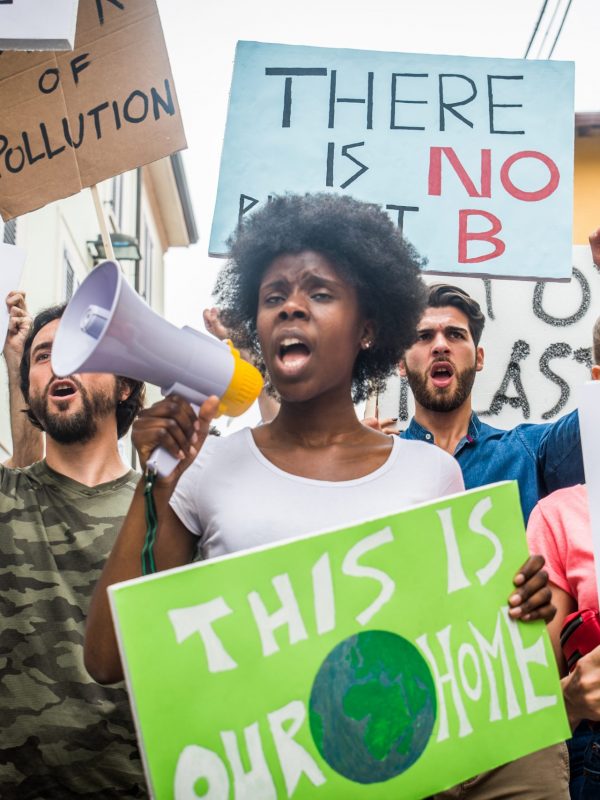 As U.S. Surgeon General Jerome Adams called for African-Americans to take personal responsibility for addressing the underlying conditions that increase vulnerability to death from COVID-19, the U.S. Environmental Protection Agency was quietly implementing its new Enforcement Discretion Policy for the COVID-19 Pandemic.  The policy provides that the EPA will waive enforcement of certain environmental compliance obligations during the COVID-19 pandemic, including those requiring companies to monitor and report chemical releases into the nation’s air and water. As we look toward the 50th anniversary of Earth Day on April 22, this is a reminder for all concerned to keep their eyes on the prize. Securing environmental justice for black and brown communities is more important now than ever.

Securing environmental justice for black and brown communities is more important now than ever.

The EPA’s new policy is the latest iteration of the Trump Administration’s assault on environmental protections — protections critical to the health and well-being of people of color.  This was first demonstrated only two months into the Administration, when President Trump proposed a FY2018 budget that would have eliminated the EPA’s Office of Environmental Justice.  The policy comes as a new study released by Harvard University makes clear that even a small increase in long-term exposure to air pollution makes individuals 15% more likely to die from COVID-19 infections.

Particulates released during the operation of oil refineries, chemical processing plants, landfills, and power plants cause people living near them to suffer increased rates of asthma, cancer, cardiovascular disease, and respiratory disease, all underlying risk factors for fatalities due to COVID-19. It came as no surprise to environmental justice advocates that African Americans have suffered a disproportionate number of fatalities from COVID-19. Activists like Robert Bullard, considered by many as the “father of environmental justice,” have argued for years that black and brown communities suffer a disproportionate burden from air pollution. This fact was confirmed in 2018 by EPA’s own scientists.

According to the American Lung Association, African Americans are at greater risk of death from air pollution because decades of residential segregation have forced them to live in areas that place them at greater exposure to air pollution. Despite decades of improvements to environmental laws, corporations continue to target location of their operations places like “cancer alley,” the ninety-mile stretch of land between Baton Rouge and New Orleans, Louisiana, where the high concentration of petrochemical plants results in the persistent release of cancer-causing agents into the air.  It is no wonder that Orleans and the parishes along cancer alley are experiencing some of the highest rates of COVID-19 deaths in the country.

Late last week, environmental organizations filed a lawsuit challenging the EPA’s new policy, alleging that it “is especially dangerous in light of recent research showing that increased air pollution causes a statistically significant increase in the COVID-19 death rate.” It is one of the latest among hundreds of environmental lawsuits filed against the Trump Administration in the last three years.  These lawsuits will be heard in federal courts that the Trump Administration, aided by Senate Majority Leader Mitch McConnel, has steadily packed with judges who have fought environmental protections.

Last year, for example, U.S. Circuit Judges Amul Thapar, Joan Larsen, John Nalbandian and Eric Murphy — all Trump appointees to the Sixth Circuit Court of Appeals — joined a dissent that would have denied Flint, Michigan residents Shari Guerten and her daughter, who drank and bathed in lead-tainted water, the right to sue state and city officials for exposing them to contaminated water.

While on the D.C. Circuit, now Supreme Court Justice Brett Kavanaugh backed the rights of corporations to pollute over the right of the public to breathe clean air and drink clean water.  In one case, he rejected an EPA rule that required states bear responsibility for their fair share of toxic pollution that reaches states downwind of the source. The EPA estimated that the rule could prevent between 13,000 and 34,000 premature deaths, 19,000 hospital visits, and 1.8 million days of missed work or school per year. The Supreme Court overturned Kavanaugh in a 6-2 decision.

This Earth Day, we are reminded that when environmental justice advocates and communities of color seek to protect their rights and ensure the health of future generations, they must turn to federal courts.

This Earth Day, we are reminded that when environmental justice advocates and communities of color seek to protect their rights and ensure the health of future generations, they must turn to federal courts. Similarly, when considering what is really at stake during the 2020 elections, we must keep in mind: Courts matter.

Myesha Braden, Director for Special Justice Initiatives at the Alliance for Justice, was previously a trial attorney in the Environment and Natural Resources Division of the United States Department of Justice.